Top 12 Health Benefits of Turmeric That You Never Knew Existed 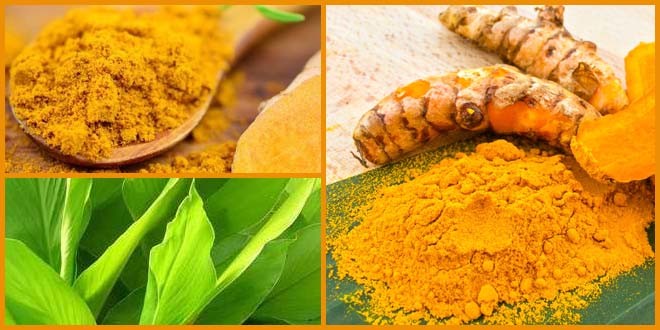 Health Benefits of Turmeric, the “Spice of The Year”

Turmeric is an old Indian spice native to Asia that has been used for centuries to cure various types of medical conditions that affected the population. It is a star in medicinal plants and it’s currently used to prevent ailments that can affect our quality of life.

Given its intense color, it is used as a colorant for foods, such as rice. It is one of the main ingredients of the sauces, stews and other dishes of East, Southeast Asia, and the Middle East.

It is known as a crocus, present in the food of China, Tibet, Indonesia, and India. In today’s food industry, it is called “E100” serves as coloring butter, cheeses, mustards, and shakes, always in very small proportions so hardly distinguishes taste. It is one of the components of curry powder, which gives it that strong yellow color.

Turmeric is a rhizome with edible roots that grow horizontally underground. It is related to ginger and looks similar to it on the outside. The active ingredient of turmeric, it’s called curcumin and it gives its characteristic yellow-orange. Curcumin is often extracted and used in many clinical trials for cancer and chronic inflammation, such as rheumatoid arthritis. This active ingredient of turmeric can also help increase energy levels, cleanse the blood, treat digestive disorders, dissolve gallstones, treat infections and prevent cancer.[1]

12 most impressive health benefits of turmeric

1. Turmeric is a powerful anticancer agent

Investigations show that turmeric contains ten anti-cancer compounds, serving for cases of breast, duodenum, skin and colon cancer. It helps in the treatment and overcome the side effects of drugs against the disease such as chemotherapy.

This spice demonstrated a unique ability to prevent cancer cells to invade and spread, and it also activates the key proteins responsible for natural blockade and suppression tumor formation. The team of the National Yang-Ming University in Taipei declared that they support the implementation of curcumin in anti-cancer metastasis therapy.[2]

2. Helps to boost the immune system

Turmeric hast the ability to increase the immunomodulating capacity of the body. This thing is possible thanks to several of its nutrients: for example zinc, copper, polysaccharides, etc.
To consume turmeric is good for people with low defenses, stress, before an exam or an important event.

Turmeric is an excellent tonic biliary that protects the liver functions. It also has other very good substances for the body: it helps remove stones in the gallbladder, is anti-inflammatory, helps in liver drainage is effective to better digest large meals. It is recommended in patients with cirrhosis, jaundice, liver and gallbladder disorders. Turmeric is well-known as the best friend of the liver.

4. It is a natural depression treatment

For thousands of years, turmeric has been used in traditional Chinese medicine to cure and treat depression and other psychological or emotional disorders. Turmeric has many components for stimulating the nervous system and also provides good effects on the immune system and moods. It also serves to mitigate the consequences of stress.

5. Turmeric is good for rheumatoid arthritis and carpal tunnel syndrome

Thanks to its anti-inflammatory properties, turmeric is an ally for patients who suffer from rheumatism, arthritis and carpal tunnel syndrome which is something very common nowadays and it’s caused by the overuse of the keyboard.

Research has shown that consuming turmeric helps in cardiovascular health. In turn, it serves to reduce cholesterol and triglyceride levels in the blood naturally.

7. It protects the body from free radicals

Turmeric helps to eliminate the harmful effects that cause the so-called “free radicals”, extracting from the body all that could ail us.

It is a good ally for some digestive disorders, as it stimulates secretions and helps digestion. Turmeric is recommended for people with dyspepsia, lack of appetite, gastritis, slow digestion. This is due to its active ingredients, which help produce more gastric and pancreatic juices, serving to balance the pH in these organs.

Turmeric prevents flatulence because is carminative, helping to eliminate the gasses that stay in the intestine. It is advisable to consume turmeric to avoid intestinal cramps and flatulence.

Turmeric is an energizing and restorative natural, which makes it ideal for people who suffer from exhaustion or low energy supplement. His great medicinal effect is due to its high content of antioxidants, which make it an ally to protect our cells from the degenerative effects of the environment.

A recent study found that less than one gram of turmeric daily, taken for three months, helped in the recovery of patients with Alzheimer’s.

Turmeric Side Effects and Warnings

When it comes to the side effects of consuming turmeric we need to say that there are no serious side effects associated with normal consumption of turmeric. High doses can increase body temperature and could increase the oxalic acid in the urine, which is a problem if you are prone to kidney stones.

Although the long-term use of turmeric extract has not been studied in humans, the writer and physician Dr. Ray Sahelian say human beings can take one to three capsules daily turmeric without experiencing significant problems. It is estimated that people living in India consume about 2 grams of curcumin a day.

Even so, we should consume turmeric in moderate amounts because it might contain dangerous levels of lead and tastes very pungent so not everyone likes it. It is advised to avoid intake in pregnant women and those with serious problems in the gallbladder. High doses of turmeric have been observed to cause: indigestion, heartburn, nausea, diarrhea, hyperactive gallbladder contractions.

The pros of turmeric health benefits absolutely outweigh the cons. Turmeric has been recognized as a powerful anti-inflammatory, antioxidant, and anti-cancer substance.

We can consume turmeric as a food source, take turmeric extract in pill form, or use the liquid extract of turmeric.
With all this being said, we can easily call this golden spice the fountain of youth and the key to optimal health.