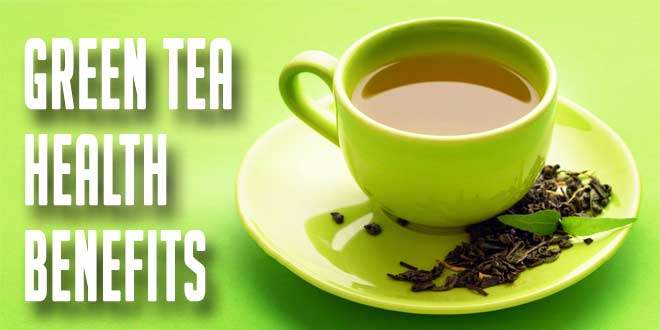 Origin and history of green tea

Green tea has its origin in China. Archaeological studies have found that green tea started to be consumed more than 5000 years ago, but at first, it was difficult to find this tea, only nobles Chinese could drink it easily.

Fortunately, after the fall of the Ming Dynasty, green tea began to be less difficult to obtain and step by step it extended to the rest of the Chinese population, being a healthy beverage for everyone.

Green tea came to the outside world for the first time between the fifteenth and seventeenth centuries. England starts using green tea in 1673 and two centuries later, starts green tea plantations in India.

Green tea is obtained from the plant named Camellia Sinensis through two different processes depending on the country. For example in China, the process is “Warming of the leaves”. The second process is used in Japan and is called “Drying the leaves by steam.”

This one is a green with a bittersweet taste that is very common in countries like Morocco, where it is served as balls that open when the tea is hot.

Often it is added mint and sugar by locals.

A famous green tea from Japan with leaves that grow in the shade before harvest.

This tea is consumed slightly warm.

Green tea with a sweet flavor and a golden color, it’s one of the most typical types of green tea.

It is recognized as a good tea to clear the mind, and it’s often used by monks.

Famous green tea in Japan, which has a yellowish color and flavor of vegetables.

It is a powdered green tea used in the Japanese tea ceremony.

Tea obtained from the “Bancha” plant that has the same name.

How to prepare green tea

The good quality of tea relies heavily on how it is prepared for consumption.

It is significantly important to let the tea sit in the water to transfer to water all the healthy properties of catechins.

It is recommended to soak for at least 5 or 10 minutes.

Water, as well as the tea, is a crucial ingredient and has a lot of involvement in the aroma and flavor of the final product.

For a perfect taste is recommendable to use soft water or mineral.

Also, it is important not to make tea with boiling water because the final taste will be bitter.

The perfect way is to pour the leaves exactly before boiling.

This popular drink originated in China is a very useful infusion, bringing many benefits to the body and human’s health.

No one in the world would not mind having bad breath or being surrounded by people who, unfortunately, have problems with bad breath.

In these days where the first impression is so important, the details count more than some of us imagine. And who wants to stand in front of new people having a bad breath? No one.

How does green tea help? This infusion eliminates bacteria accumulated in the mouth being very beneficial for teeth and to combat problems such as bad breath.

Eliminates the dark circles under the eyes

Who does not want to eliminate those dark circles that make women earning years, looking so much older?

No woman in the world likes to have these under the eyes.

A solution for all people who want to look younger and more beautiful is to use two green tea bags over the eyes.

Five minutes later the results will be easy to notice.

Helps to moisturize the lips

A little bit of green tea mixed with coconut oil and olive oil it’s the only thing we need to keep the lips hydrated and healthy.

And speaking of beauty, there is nothing more impressive than a good and healthy hair. Green tea prevents hair loss due to its nutritional properties.

Being a natural and readily available remedy for hair loss, green tea is an interesting choice to consider.

Due to its high content of polyphenols and hypoxanthine, green tea makes more embryos have the best conditions to be fertilized and also benefits the increase in the maturation of oocytes.

For those who are looking for a fertility treatment, it is advisable to drink a cup of green tea.

This is due to its high content of antioxidants. It is said that green tea is responsible for the low rate of cancer in Asia.

It has been found that green tea can reduce by up to 50 percent the risk of prostate cancer.

Green tea is high in polyphenols, which means it has a great antioxidant power, being able to avoid cellular oxidative stress.

Green tea has energizing properties due to its caffeine content, helping to concentrate better, and also helps with mental work.

There are women in this world who would do anything to prevent stretch marks. Why not use the gifts from Mother Nature?

Green tea eliminates and prevents stretch marks because the EGCG catechins can stimulate the skin cells to differentiate and also to proliferate.

The EGCG catechins accelerate at the same time the process of wound healing and prevent scarring.

Green tea is a huge help for the proper functioning of the liver, being able to combat the fat that accumulates in the liver.

Is very good partner of digestion, the polyphenols being the ones who help to digest food better.

According to studies that have been performed at the University of Louisville, USA, fresh green tea leaves have properties that serve to combat sleep disorders, helping people to have a good sleep of a better quality.

Depression is considered the disease of the century.

With how hard it is nowadays to have a good life, people fall into that state of helplessness, deciding to surrender.

Why is it so important to fight against depression? Because many times people suffering from depression end up harming themselves or others.

And how drinking gree tea helps? Here is the answer: in green tea, there is theanine that stimulates the production of alpha waves, which activates dopamine and serotonin.

Thus, not only the stimulating effect of caffeine helps lift spirits, but also the effect of green tea on neurotransmitters.

Many people in the world suffer from stress (also considered a disease of the century).

Green tea, with its relaxing power, acts on the nervous system by decreasing it.

Due to its high content of antioxidants, green tea inhibits the formation of cholesterol plaques, thus reducing swelling and strengthening the walls of blood vessels.

Green tea is an effective helps for nonformation of varicose veins.

It can improve the function of the vessels used to transport blood throughout the body. Moreover, it is scientifically proven that contributes to the relaxation of arteries.

Green tea helps digestion because of its oils that increase the flow of gastric juices.

The green tea extract can suppress the growth of cancer cells in the esophagus as many times are caused by lesions originating from gastric reflux.

It is estimated that green tea is a powerful weapon to fight weight gain.

People who drink green tea several times a day, say that their level of energy increased by a significant percentage, without producing rapid heart rate.

It looks like the green tea can help people lose weight in different ways.

One of those ways is that this infusion accelerates metabolism as two of its major bioactive compounds, which are caffeine and catechins, are capable of exerting a profound effect on the metabolism, helping to burn off the excess body fat.

Another reason why this tea helps people to get rid of their extra pounds is that it cleanses the body.

The EGCG catechins[1] have the power to increase levels of hormones such as norepinephrine.

It triggers the release of fat particles in the bloodstream and transforms it into energy.

The best time and the best way to drink green tea

It is the most natural and healthier way to enjoy the properties of green tea.

It is extremely easy to prepare the basic recipe and to enjoy hot green tea, or iced green tea

It has been created for precise therapeutic targets, being the ideal choice for those who are looking to take green tea as a supplement.

The cosmetological properties of green tea mixed with some homemade beauty recipes offer creams that can be user as masks to treat acne or to reduce wrinkles.

It is an easy way to incorporate green tea into other recipes to delight the senses.

It can be used to add to smoothies, ice cream or to make instant green tea.

Green tea can be drunk every day and the most appropriate time for a cup of green tea is 20 minutes before or after a meal.

Side effects of drinking green tea

It is not recommended to drink more than five cups a day because it can produce a headache, tachycardia, and diarrhea.

It is also not good to mix green tea with drug use because it can make the pain even worse.

Those who have heart palpitations or high voltage, or anemia, should not drink green tea.