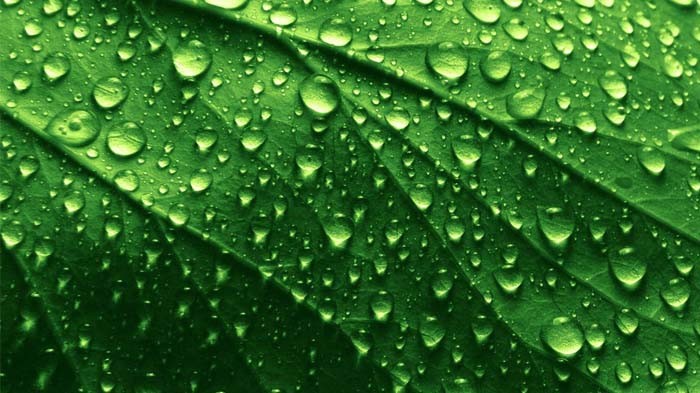 What chlorophyll is and how can it help our life’s quality?

As we all know by now, chlorophyll is one of the basic chemicals of all plants, a pigment found in green parts of the vegetable kingdom.

Besides the fact that is responsible for the green color of most plants, chlorophyll is also the principal involved, together with the light, in the process of photosynthesis, a process from which plants are fed. When it comes to chlorophyll, we encounter many curiosities that most people do not know and have not heard about. One of these curiosities is represented by its molecular structure which is very similar to the molecular structure of blood. Why do we say that ? Because the molecules responsible for the red color of blood and to transport oxygen, known as hemoglobin, are very similar to that of chlorophyll, except for its central atom structure: hemoglobin is mainly composed of iron and chlorophyll of magnesium. This is the reason why chlorophyll is called “blood of plants”.

Why do we say that ?

Because the molecules responsible for the red color of blood and to transport oxygen, known as hemoglobin, are very similar to that of chlorophyll, except for its central atom structure: hemoglobin is mainly composed of iron and chlorophyll of magnesium. This is the reason why chlorophyll is called “blood of plants”.

We will continue with the health benefits of chlorophyll, which is the main idea of this article.

Chlorophyll is highly effective against cancer

Unfortunately, cancer is the disease of the century, and I firmly believe that every one of us has seen or heard of someone who died from one of the many kinds of cancer that exist. This is why I choose its effectiveness against cancer as a main benefit of health.

How is it possible ?

Chlorophyll helps to eliminate toxins that enter our body through food, avoiding aflatoxin in the body. (aflatoxins are poisonous and cancer-causing chemicals that are produced by certain molds which grow in soil, decaying vegetation, hay, and grains)
It also has a high content of vitamins A, E and C and because of that chlorophyll is a potent antioxidant and anti-inflammatory, ideal for a digestive treatment.
Chlorophyll blocks metabolism of chemical compounds which distorts DNA. By preventing DNA alterations, cancer cell growth is inhibited and prevented.

We have to admit that sometimes our immune system fails. Of course, it does an exceptional job protecting us against disease-causing microorganisms, but there are ways to help it when germs invade our body. How can we boost our immune system ? Chlorophyll might be the key.
According to a study [1] done by the Harvard University (An Ivy League university in Cambridge, Massachusetts, founded in 1636. It is the oldest American university), some of the vitamins that help strengthen the immune system are those mentioned above, found in chlorophyll: A, E and C. According to those experts vitamin A deficiency is associated with increased risk of impaired immunity and infectious diseases.
Many viruses and bacteria can not spread in the presence of oxygen. Consuming chlorophyll can prevent the development of bacteria because chlorophyll increases oxygen, helping to slow the spread of viruses and batteries. Slowing also the spread of different infections and diseases. Chlorophyll is also a potent alkalizing blood and it prevents us from chronic diseases.
Thanks to these virtues, consumption of chlorophyll strengthen the immune system.

We reached the conclusion that the entire digestive system is benefited by consuming chlorophyll. It helps the colon, the liver, the stomach and the gallbladder.
This miracle molecule helps break down calcium oxalate stones for better elimination, created by our body in order to neutralize and eliminate excess acid. Chlorophyll also reduces the discomfort caused by gas and it’s a remedy for constipation.

Sometimes the first impression it’s everything. To make sure you will never face this kind of problems, or if unfortunately you are already facing bad breath problems, make sure you consume enough chlorophyll.
As we already said chlorophyll benefits our digestive system. What you may or you may not know is that poor digestive is one of the major causes of this embarrassing problem. As simple as it sounds, chlorophyll eliminates the stink from mouth and throat.

Chlorophyll is Known to Prevent Insomnia

Nowadays insomnia is one of the most common diseases that human beings meet. There are many types of insomnia, but every single one is characterized by difficulty in falling or staying asleep. I assume that none of us like to wake up several times during the night, especially if we have things to do in the morning. How can chlorophyll help us with our sleep disorder ? Well, chlorophyll has a calming effect on the nerves and by calming our nerves it reduces the symptoms of insomnia (stressful life, emotional discomfort, depression, etc).

The five points that I have mentioned above are only a small part of the huge list of health benefits of chlorophyll.
Among other benefits it’s necessary to remember:blood clotting (thanks to its amount of vitamin K)


Since the chlorophyll is what gives the plants their green color, the greener the plant is, the greater is its concentration of chlorophyll.
Some of these plants are spinach, lettuce, chard, watercress, kale, arugula, parsley, cilantro.
As a supplement, it comes different forms, including tablets, but also liquid form. However, before taking the decision of using supplements, make sure you discuss it with your personal doctor.

Personally, I highly recommend using chlorophyll and from my point of view, the natural way is the best way to consume it.