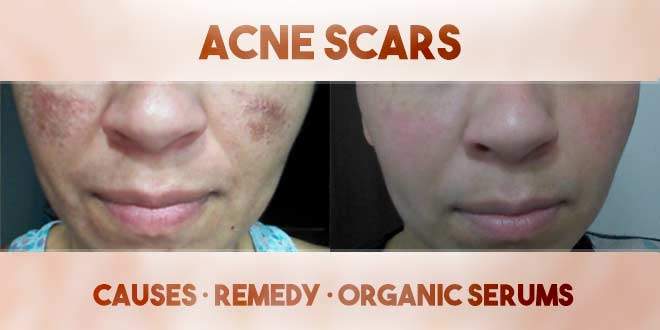 Acne has long since it ceased to be a simple physical problem. As in the case with many other issues associated with one’s outer aspect, acne can easily lead to psychological problems as well. Often, this kind of impact is stronger and longer lasting. Sadly, the ones that are most prone to developing it are teenagers many of whom lack a healthy mental attitude and are easily influenced by those around them. While acne is totally normal, with eighty-five percent of today’s adolescents suffering from it, there are only a few of them who embrace it as one of the youth’s natural parts. Worse is that there are situations where acne does not simply go away as with age leaving permanent scars which only add to the psychological burden.

Acne is the result of an excessive production of sebum by the sebaceous glands which causes inflammation. It reaches a peak during the teenage years when the organs’ activity increases which in turn leads to significant hormonal fluctuations. Specialists state that sebum would not do so much harm by itself unless combined with dead skin cells. Once this happens, acne manifests either as blackheads, whiteheads or pimples if it is a mild form. The more severe type includes the occurrence of cysts and scars; because the skin is unable to eliminate the sebum, it allows the infection to seep underneath its exterior layer and reach for the innermost ones where it affects the cells and causes abnormalities. In spite of the general opinion, acne is not caused by lack of hygiene, although it might influence it.[1]

How Does Acne Manifest?

The skin is composed of two main layers: epidermis and dermis. They are of equal importance in the process of cell renewal and should be addressed as such when using facial creams with certain properties. The epidermis is the outermost layer of the skin, devoid of blood vessels. It is structured in five other layers, namely the stratum corneum, stratum lucidium, stratum granulosum, stratum spinosum and stratum germinativum.

The keratinocytes (basal cells with the role of protection) are its main constituent. These constituents first occur in the stratum basale from which they arise until they reach the stratum corneum.  It is in this layer where the process of cell shedding and renewal takes place. Likewise, it is here where keratin, the protein that makes the skin tough, is produced.[2]

The dermis is the skin’s inner layer. Its structure contains all the major elements involved in the occurrence of acne or any other skin condition. They include:

The dermis is an active area so, naturally, it is prone to infection. One might wonder how inflammation takes place as there are no blood vessels in the epidermis that could connect to those in the dermis. The explanation is simple, but the entire process is a rather complex and exciting one. The connection between the two layers is constituted by the so-called ‘basement membrane’ which binds their distinct molecules and allows for infection to occur. The upper covering of the dermis nourishes the cells found in the stratum germinativum through a process named diffusion.[3]

There are four ways through which acne manifests itself:

Why does acne appear?

Research suggests that the number one cause of acne is represented by some bacteria known as Propionibacterium acnes whose multiplication leads to an increasing number of germs. However, there is not enough scientific evidence to back up this theory. Experts point to numerous other causes of which we shall name a few:

Adolescence is the period when hormones seem to take control of every aspect of our lives. After the age of thirteen, their levels rise, both in the case of girls and boys. While most of the changes produced by hormone fluctuation are welcomed (an increase in height, a visible shift in the outer appearance), some of them trouble the future teenagers. Such is the case with acne that mainly affects girls, even if boys suffer from more severe forms. Most of them might show signs of anxiety and depression due to a lack of self-confidence. In a nutshell, everything seems to go wrong during one’s teenage years. Luckily, the skin problems diminish soon after one reaches the age of eighteen and the hormone levels normalize.

Cortisol is the hormone that triggers the “fight or flight” reaction inside our bodies. When dealing with stressful situations, the adrenal glands release more cortisol than usual, which in turn raises the testosterone levels. As hormone fluctuations are commonly associated with acne, be it mild or severe, exposure to stress is sure to worsen it.

There is little evidence according to which poor hygiene might cause acne or even affect it for that matter. Even so, dust and dirt that are found everywhere can reach the skin and contribute to the occurrence of clogged pores. Moreover, many people try getting rid of pimples by squeezing them which is totally not recommended. On the other hand, there are also individuals who tend to wash or clean their skin multiple times a day. These are two facets of a single problem that can only cause damage. If you find yourself doing any of these two, you might want to follow the middle path: wash your face once in the morning and once before going to sleep at night.

Aside from adolescence, these two stages in a woman’s life might seriously affect her skin. When the woman is pregnant, her body registers a higher progesterone level(the hormone needed for the egg to develop); when she reaches menopause, she sees a decrease in estrogen levels. In both cases, the missing female hormones are replaced by the male one, namely the testosterone. As testosterone is linked to an increase in the sebaceous glands’ activity, the result can be no other than acne occurrence.

No completed scientific research can indicate the negative role of certain foods in regards to the skin aspect. Nonetheless, there were numerous cases of people who have noticed the first acne signs as soon as they started consuming more foods containing saturated fats and simple carbohydrates.

Studies show that acne can trigger, aside from the usual feeling of embarrassment, more negative psychological states such as depression, anxiety and even suicidal thoughts. The outer appearance which is so important for people, in general, seems to be even more so for teenagers. Many of them have problems with their body image that is often a distorted one. Furthermore, they can show social dysfunction in that they cannot naturally interact with those their age which might bring about additional pressure if they are not helped in time.[4]

Therapy might be needed in the severe cases. However, if the skin presents only blackheads or whiteheads, doctors assume that self-medication is safe as long as the individual consults with at least a pharmacist beforehand. The following are some of the most used acne remedies. Some of them require a medical prescription.

People have put ingredients casually found in one’s kitchen to good use for centuries. While medical treatments might be more efficient, the home-made remedies we have listed below can be safely used by people who want to help the acne scars heal faster. Avoid them, if you have allergies to any of them:

There are many cosmetics and treatments which include some of these ingredients or important compounds found in them. Even so, home-made facial masks seem to be a safer and maybe even equally efficient way to make the unaesthetic blackheads disappear.

Recently, another cosmetic product has started gaining more popularity, thanks to its powerful constituents and numerous benefits: the organic serum. Relatively new on the market, this facial beauty product is packed with antioxidant and skin rejuvenating compounds. Not only do natural serums brighten its outer aspect, but they also hydrate and nourish even its innermost layers for maximum impact. If you want to try them, look for the formulas that do not contain synthetic fragrances, parabens, phthalates, pesticides, colorants or preservatives. The key terms are “botanical ingredients”. Always check the label and see if they contain all-natural ingredients such as medicinal herbs with scientifically proven properties or plants packed with phytochemicals. You might want to try a combination between them and clinically tested chemical compounds like the hyaluronic acid, alpha lipoic acid or coenzyme Q10. Rich in vitamins and minerals, they fight free radicals and make the skin look and feel younger.[5]

Always use a cleanser and toner before applying the organic serum as it works so much better on a clean and already hydrated skin. Use your favorite moisturizer afterward. People usually notice the effects after a month of use.

Go to the nearest drug store and see if the pharmacist can recommend you the organic serum that best fits your needs or browse the internet for more information in regards to their mechanism of action.