Alcohol Detox and Rehab Side Effects 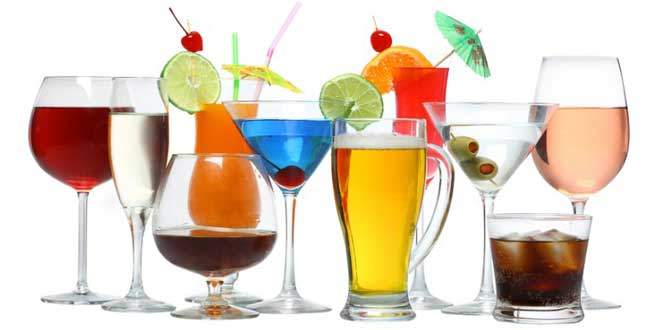 Alcoholism has become nowadays an issue that is considered more often not a psychological problem, mainly because it causes addiction and the addict needs medical support and professional help to overcome it. The process, a rather difficult one, which the future patient goes through is called “alcohol detox.”

Reasons of an Alcohol Addict to Seek Assistance

Today’s society offers all sorts of means through which we can forget, even for a few hours, the stress caused either by the job, financial problems or the heated family discussions. One of these means is represented by the alcohol consumption, viewed by many in its early stages as something entertaining and trivial, but it is only when the regular cup of wine once a week becomes a few cups a day that one should seriously consider if drinking has remained sheer amusement or it has become an addiction.

While there are cases when this addiction comes as a result of the usual weekend parties, the majority of people addicted to alcohol come from unstable family backgrounds, unable to offer them the protection and support they need.

When it comes to talking about the reason behind alcohol abuse, we can’t find any particular one, but it’s more a sum of ignored or not fully understood factors that which ultimately determines the addiction. It has been affirmed by specialists that sometimes this addiction is influenced by genetics.

For example, there are two neighboring families which are different in terms of familial matters and personal backgrounds. One of them is the ideal contemporary family, with exemplary parents and children. The other one has a grandfather and a father that have issues regarding their attitude towards alcohol. While the latter family’s son is better at school, obtaining higher grades and being praised by his teachers more than the former family’s son, it is considered that the child with alcoholic parents will eventually face the same problems as his relatives, unless he distances himself willingly from them. The fact that he grows up and develops in such an environment makes him more susceptible to a possible alcohol abuse in his teenage years, in spite of his good character as a child.

Also, people suffering from mental disorders such as depression and anxiety are more prone to alcohol consumption than people who keep a positive mindset, mainly due to the fact that alcohol is known to affect certain regions of the central nervous system responsible with the activity of various processes. Thus, it acts as a biochemical inhibitor, affecting the natural course of things, people commonly using it to apparently reduce the symptoms of depression and anxiety, drinking up to the point of oblivion.

Alcoholism is as serious a problem as any other, not because it represents a disease by itself, as alcohol is an external substance that inhibits the transmission of nervous impulses, slowing down the brain and bodily processes, but because it worsens the state of the internal organs and destroys a considerable amount of brain cells.

It weakens the ability to maintain focus for extended periods of time, giving the addict the impression that he or she can overcome anxiety more easily, can express oneself in a more relaxed manner while, at the same time, highlighting the irritability, and becoming resentful to exterior stimuli faster, although the body tends to move slower.

Alcohol must be avoided at all costs by:

children and teenagers (not only because it is illegal up to a certain age, but also because of its capacity to disturb the chemical activities in the brain)
pregnant women (it affects the development of the fetus and may cause serious health issues both for the mother and the baby)

persons who suffer from chronic conditions.

What is alcohol detox?

While there are unfortunate situations in which the addict loses his or her life, there are as well cases in which the desire to recover is stronger than the need to drink. The process which someone goes through to recover is called “alcohol detox”, and, while it is sometimes viewed by many as more difficult to deal with than the addiction itself, it is the vital element for restoring the mental and physical health of the person in question.

The reasons behind an alcohol detox are diverse, and people reach this stage either through a conscious choice to change their lifestyle or as a consequence of the realization that alcohol addiction can lead to the loss of one’s life.

The process is nevertheless a tough one, but it is usually more bearable if one benefits from the support and care of the family and friends. It is recommended by specialists that the relatives of an addict should interfere and take one to the hospital if one:

Main Symptoms and Side Effects

It is easy to develop an alcohol addiction when one’s background has felicitous conditions for this to happen, or when daily life becomes hard to manage, because alcohol is a substance that influences the structure of the brain in such a way that becoming an alcohol addict is no different than being a drug addict.

For that precise reason, the process of detox is a harsh one, because, by drinking for years in a row, naturally, the body gets used to those substances and its first reaction is to reject the help through manifesting a set of symptoms that occur when someone suddenly stops alcohol consumption. These symptoms include excessive sweating, involuntary body moves, anxiety, insomnia or tachycardia.

The first two to five days are the most difficult, as the alcohol withdrawal syndrome induces a condition named “Delirium tremens”, a state represented by visual and auditory hallucinations that bring to the surface hidden fears from the patient’s subconscious mind.

It is recommended that the treatment for Delirium tremens should be an intensive one, through the administration of medication with benzodiazepines, substances that are known to have anti-anxiety, sedative, anticonvulsant and muscle relaxant properties, in a quiet, well-lit environment.

The alcohol withdrawal syndrome is easily detectable because of its extreme symptoms and the fact that the body is expected by the doctors to react to the sudden lack of substances so there are no specific tests to prove that one has reached this stage as in the case of other psychological issues.

This syndrome affects not only the brain, that is, of course, strongly influenced by the deprivation, but also other parts of the body, because, if it is able to provoke hallucinations, it is impossible not to have caused damages to the internal organs as well. The damage is not exactly induced by the alcohol withdrawal syndrome, but rather brought into light and emphasized by it.

Medical testing is compulsory in these situations to see the extent to which alcohol has affected the body in time and establish a proper treatment for any possible disease. The symptoms of the withdrawal are the opposite of the effects of alcohol consumption. While alcohol has the ability to sedate the nervous system and numb the body, making it incapable of performing usual tasks, the withdrawal syndrome activates the regions of the brain affected by the alcohol consumption, leading to an overstimulation of the nervous system, an action that eventually brings to the surface all sorts of side effects considered abnormal when it comes to a healthy person.

This overstimulation brings about an increase of hormones such as cortisol (a hormone released by the body when it has to deal with stress and low blood-glucose concentration) and norepinephrine (or noradrenaline, a hormone produced by the brain to mobilize the organism, preparing it for action), that can prove to be toxic to the cells.

It is not necessary for the patient to experience extreme pain and hallucinations to be kept in hospital. Even with symptoms that are easier to handle, like tremors, dizziness, and fatigue, the need to consume alcohol is still present and can manifest strongly in the early stages of a detox. When dealing with the alcohol withdrawal syndrome, and especially with Delirium tremens, the primary purpose of a specialist is to prevent any possible complications that may appear and have the patient follow a treatment through which he or she can overcome the addiction more easily and prevent a future relapse. It is ideal for the addict to remain under medical surveillance when doing a detox.

Professional help in the process of detox

The presence of a specialist in the life of a future patient is important in terms of how well the addict will behave during the treatment and how fast the recovery will take place, given the fact that, when seeking for medical support, the addict has already made the conscious decision to regain his mental and physical health.

First, the doctor will have to use medication that can fight the withdrawal syndrome symptoms, such as barbiturates and benzodiazepines that can sedate the patient. Then, as the symptoms become weaker, and the addict is more and more aware, the dose will slowly be reduced as not to affect the nervous system by over stimulating it when it no longer needs this kind of action.[1]

The presence of a counselor and one’s family and friends is, if not compulsory, then at least necessary for the patient to acknowledge that he is not alone and can, at any time, rely on the help of the dear ones.

The process of detox can take place either in a hospital (as it is recommended because the patient can be under constant medical surveillance) or at home if there are financial or physical problems such as handicaps.

Once the symptoms of the alcohol withdrawal syndrome are gone, the addict will have to face the desire to drink again, because the medication only helps one to recover and become conscious of life, making decisions while sober, but will not stop one in any way from consuming alcohol. When the mind is clear and can operate without being affected by the substances, it will only be that person’s ambition and determination to lead a healthy life the factors which will establish if the outcome is a positive or a negative one.[2]

There is, of course, an easier way of dealing with things, and that is prevention. There are situations in which this action is nearly impossible( like in the case of poor families whose members, overwhelmed by problems, find in alcohol some sort of solace and, even when one wants to recover, there are no financial means to afford a detox), but in those environments where prevention can take place, it can work wonders.

Currently, various associations operate worldwide as to diminish as much as possible the adverse effects of alcohol consumption and even forbid it up to a certain age. Measures such as the banning of advertisings that promote alcoholic beverages, the distribution of brochures that inform the teenagers about the harm caused by alcohol or advertising campaigns against the abuse of these substances have been taken.

Even so, in a world in which people, especially the youngsters, are more and more pressured to fit some predetermined patterns, alcohol seems to be but an escape from the harshness of real life. Alcoholism is a serious issue nowadays, with people dying because of alcohol consumption and addiction, and some losing their lives during the detox process.

Still, it is in our power to take the negative aspects of today’s society and, through a collective effort, turn them into positive things for a better tomorrow, because alcoholism is a problem, but in no way one that cannot be solved by the human being’s innate survival instinct and strong desire for life.