5+ Proven Health Benefits of Apple Cider Vinegar (No. 4 is Best) 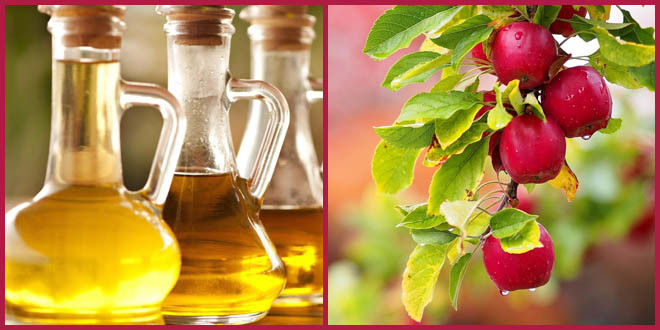 Vinegar is a liquid consisting of acetic acid, water, and other trace chemicals. It is used since 5000 B.C. by the Babylonians and its medicinal qualities were discovered around 400 B.C, by Hippocrates.

Over the years, vinegar has been produced by the fermentation of a large number of products. Among these products, we mention potatoes, dates, blackberries, coconut, honey, beer, apple, beets and grains. But of all these kinds of vinegar, the one made from apple cider is recognized as one of the best contemporary remedies.

The apple cider vinegar (ACV) has been used for a long time as a folk remedy. The main reason for which it has been used as a remedy is because it is said that its properties can heal from fungi to diabetes. Even though this was not scientifically proven yet, this type of information and folk wisdom tends to keep much truth.

Here are five of the most important health benefits of apple cider vinegar:

We live in a world where, sadly, it’s increasingly important the way we look. Nowadays, to have an enviable figure was transformed into an existential problem for many people, especially women. For those who want to lose weight, apple cider vinegar might be the way to get rid of some extra pounds.

How can Apple Vinegar Help with Weight Loss ?

The answer is kind of simple. First of all, vinegar has the ability to make you feel satisfied when mixed with your daily food, in this way at the end of your meals you eat less.
Secondly, it contains properties that help eliminate fat. According to specialists, the best way to consume apple cider vinegar in order to lose weight is to drink between one and two teaspoons of ACV with a glass of water before meals three times per day.[1]

It helps women and men to pamper their hair

Everything counts in the first impression. And everyone wants to make a great one, especially because the first impression is never forgotten.
The way our hair looks says a lot more than what we think about how we are and especially about our hygiene. Particularly for women, beautiful hair is one of the most appreciated things and at the same time one of the most envied.

Washing the hair with apple cider vinegar leads to the next results:

It is advisable to wash the hair with apple cider vinegar twice a week using one cup of water and two tablespoons of apple cider vinegar mixed in a spray bottle.
After shampooing, apply the ACV, leave it for a few minutes and then rinse the hair thoroughly.
The results will speak for themselves

Women spend countless hours looking for the perfect products for their skin, but many of the products found on the market are more detrimental to it than helpful. Everyone wants to have an incredibly beautiful skin, but instead of spending thousands of dollars on unreliable products, we could start using apple cider vinegar.[3]
It is an effective and safe skin treatment offering the following results:

There are many advantages of using apple cider vinegar. After presenting the most important advantages of this type of vinegar it is imp rescindible to continue the list with some other uses that can improve our lifestyle:

Overall, risks or side effects of occasionally taking small amounts of apple cider vinegar are low. However, long-term use can lead to some contraindications. For some people, the consumption of ACV may cause side effects like constipation, acne flare-ups, itching, or diarrhea.

Apple cider vinegar is one of those products considered a solution to every problem. Over the years, it offered a variety of health benefits: from the elimination of acne to increasing weight loss. This type of vinegar contains vitamin A, B, and C. It also contains beta carotene, calcium, and magnesium, among other nutrients.
Due to the benefits it brings to people’s lives, apple cider vinegar is called “nature’s little beauty secret”.