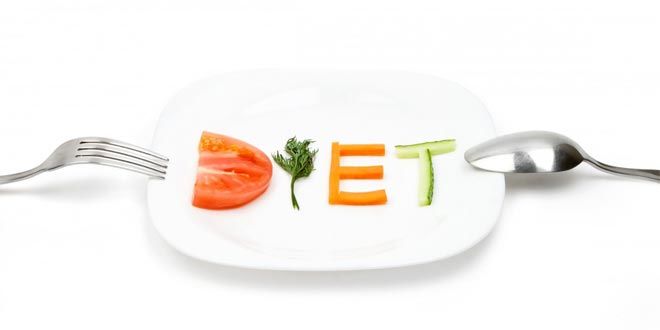 How to lose weight daily

Let’s be honest here: who among us doesn’t want to lose weight the easy way? In the end, it’s more than understandable – on the one hand, hectic modern lifestyles and eating habits are actively preventing us from achieving that perfect sculpted figure we all dream of; on the other hand, trying to follow a strict dietary regime and intense workout sessions on a day-to-day basis can be both impractical and difficult for many.

But what if you could burn calories faster, more efficiently, and with little to none extra effort? Yes, you read that right! As incredible as it may sound, you too could boost your metabolism daily in 15 easy steps:

Think in small numbers – it’s not only the ‘hardcore’ training sessions which can bring on substantial calorie burning. For instance, small and frequent exercises are a great way of tricking your brain into burning more calories, yet not ending up feeling like your body has made that much of a supplementary effort.

One trick many fitness specialists swear by is to include 10 short, 1-minute physical boosts in your daily activities so as to increase cardiovascular rhythms and thus accelerate metabolic efficiency. Not only will you feel invigorated and full of energy afterward, but you might also increase your weight loss goals by 300-400 calories each day in this manner.

Always have gum in your pocket – as one study from the University of Rhode Island recently proved, chewing gum can actually decrease your appetite, suppress unwanted cravings during the afternoon, and boost metabolic rates. With an increased fat burning rhythm of between 5-8%, this habit can help your weight loss endeavors in both a pleasant and simple way.

In fact, the same research concluded that the activity of chewing gum can burn around 70 calories more than if you were a non-chewer. So make sure to carry a pack of sugarless gum with you at all times to quickly fix any case of the munchies and stay slim at the same time.

Lower the temperature – did you know that lower temperatures translate into increased rates of weight loss? As it turns out, living in a colder climate – or having a good AC system in your house, depending on the case – can realistically boost fat burning over time. In 2014, the so-called ‘ICEMAN’ study published in the Diabetes journal revealed that chilled temperatures had the ability to increase brown adipose tissue (or BAT), which then regulates glucose burning rates. Hence, you could rely on keeping your surrounding environment a few degrees colder for better weight loss efficiency with practically no effort at all.

Do one thing at a time – nowadays, we have pretty much become dependent on multitasking as a means of getting everything done on time. Nevertheless, extending the duration and physical demand of some activities might actually come to boost many of your weight shedding goals. For example, carrying things individually from one place to another – like grocery bags or supplies around the office space – can easily add another 10 minutes to your normal exercising regime and also burn 90 calories straight off!

Get down – while relaxing in front of the TV late at night has entered the routine of many people, it is also true that this seemingly non-active habit can be used to your weight loss benefit, as well as to that of your psychological unwinding.

To do so, all you have to do is trade the comfort of your couch for the floor. Why? Well, switching to this position will force your body to contract more muscles in order for you to remain seated upright, thus boosting internal activity and metabolism alike. In addition, you’ll be able to work on a better posture and – since you’re already on the floor – even slip in a few push-ups during commercials.

Trust the basics early in the morning – instead of pushing your daily workout regime later on in the afternoon or evening, go for a ‘rise and train’ type of mentality to really get those metabolic rates accelerated.

In fact, something as simple as waking up 15 minutes earlier can really boost your calorie burning efforts by up to 140 units throughout the day, not to mention leave you more energetic and positive-minded. And you don’t even have to go for anything complicated in order to simply start shedding pounds – short and intense sessions of the ‘traditional’ crunches, squats, push-ups, jumping jacks, etc. will do the job just as well as any other complicated routine.

Don’t shy away from physical work – with modern technological advances making our lives easier with each new passing day, few contemporary jobs involve the physical demand they once used to. The consequence of this workplace ‘cosiness’ is that, on average, we burn approximately 100 calories less daily. Even so, we can recover some of this ground and thus maintain a slimmer body by ‘slipping’ in as much manual labor and moving around the office as possible during the workday.

Tidying up your personal space can burn around 15 calories while copying and/ or filing documents standing up can rid you of 10-20 calories at a time.

Stay hydrated – as you can already imagine, water plays a huge role in both correct digestive patterns and effective fat burning rates, so staying properly hydrated can also be used to your waist slimming advantage.

Nevertheless, drinking the recommended 8 glasses of liquids each day can be a bit of a hassle for some, so trick yourself into getting that H2O fix by carrying around a smaller water bottle than you’re normally used to. By using this technique, you’ll keep better track of your intake, refill more often – and, consequently, become more active in the process – as well as speed up your metabolism in the meantime.

Always push for more during training – while training might not be everybody’s cup of tea, don’t call it quits the moment your allotted exercising time has ended. Pushing yourself to do a bit more each session can lead to overall better results in time, a more positive approach to fitness in general, and – of course – better metabolic rates.

Regardless of whether you’re hitting the treadmill, doing some aerobic or lifting weights, be sure to clock in an extra 10 minutes to accelerate you body’s natural fat burning mechanisms and ‘shave’ off some 100 calories in the process as well.

Make an energetic playlist – since we all know having an upbeat playlist can both inspire you to exercise more enthusiastically and literally make time fly, then why not use this to further boost your waist sculpting endeavors?

As specialists at the Brunel University have found out, a carefully selected playlist can make the difference between a worthwhile training routine and a truly metabolic boosting one.

According to the same study conducted in partnership with Spotify, different beat ranges can enhance particular aspects of exercising: for example, songs with 75-95 beats/ minute (urban music and rap) are great for warm ups and aerobic, while those in the 120-160 beats/ minute interval (pop, house, dance, etc.) are ideal for cardio training.

Squeeze in more exercising – instead of using the TV commercial break for a quick ‘trip to the fridge, try to encourage your metabolism by dedicating this time to exercising. For instance, 10-15 jumping jacks or crunches during advertisements can really get your blood pumping and those pounds shedding on the long term.

Better yet, ditch the comfort of your couch altogether and hop on the treadmill while streaming your favorite programs. This way, you’ll keep yourself entertained for longer and maintain a steady workout rhythm. And, to really work up a sweat, increase your speed around the half-episode mark, then slowly decrease this intensity towards the end of the show for maximum results.

Try an audiobook – if TV shows aren’t quite your thing, then why not try an audiobook? A pastime which is continuously rising in popularity all around the world, audiobooks are the modern ‘compromise’ between practicality, knowledge-gaining, entertainment, and – in this case – a more defined body. You could rely on subscription websites such as Audible to find your favorite novels and actually use them as an excuse to hit the gym more often.

As one study conducted by the specialists at the University of Pennsylvania demonstrated, ‘allowing’ yourself to continue listening to your favorite audiobook only while you’re working out can increase personal training regularity with up to 50%.

Make good use of technology – while spending too much time in front of the TV or computer can lead to unhealthy eating habits, it is also true that technology can help us achieve healthier and improved weight shedding habits over time.

One prime example of this is how having multiple 30-minute alarms set on your phone can remind you to get up from your chair and move around a bit to get those metabolic rhythms accelerated. By spacing them out at half an hour intervals, not only will you become more efficient in your activities and get more work done in this timeframe, but you’ll also boost your fat burning mechanisms on a more regular basis.

Get to your feet more often – did you know that, normally, a sitting individual will burn 100 calories each hour, while a person standing upright will burn 140 calories? Now transfer this context into that of intense training and you’ll understand how doing more exercises which involve getting to your feet can accelerate your metabolism and give you better results for your overall effort.

As any fitness expert will tell you, the muscles in your legs are the ones which require the biggest amount of energy to function properly – more so in the context of working out – so be sure to make good use of them by always combining and upper-body exercise with a lower-body one for optimal fat burning results.

Start lifting – don’t care too much for lifting weights? Then it’s precisely why you should start doing this more often! It’s no secret that delving into unfamiliar territory when it comes to exercising can highly increase both your dedication and overall effort levels, but it turns out that strength training with weights can prove to be more helpful when it comes to shedding pounds than doubling your normal training routine length would otherwise be.

The best part is that you can start at any weight and rhythm you are comfortable with and still get a good fat-burning kick out of it. Just 20-30 minutes of lifting will further speed up your metabolism, increase your heart rate, and put you in a ‘tougher’ mood altogether.

Clock in another mile – working extra doesn’t necessarily have to mean working more intensely to get the same metabolic boosting effect. On the contrary – slowing down your heart rate while calming yourself down can, in fact, extend your workout and thus push for more active fat burning rhythms without you even noticing. Some training coaches advise in favor of finishing off a running routine with strides – short intervals of taking longer steps – to quickly reach an extra mile with practically no visible effort at all.

By the time you’ve finished this part, your vitals will have ‘cooled’ down , yet your metabolism will continue to work even more efficiently than before owing to that added dosage of ‘hidden’ exercising.

Listen to your inner child – who said having fun wasn’t useful as well? Take the jumping rope for instance – aside from being a favorite childhood pastime for many, this activity can also help you shed those few extra pounds more effectively. Whether on its own or in between other sets of exercising, rope jumping has the ability to increase your heart rate and boost fat burning by almost 200 calories for each half an hour routine (when paired with high-intensity circuits such as weight lifting or cardio workouts).

On top of it all, you’ll get to remember the ‘good old days’ and all the memories associated with this activity in particular, thus make your training pass more quickly and positively-minded.