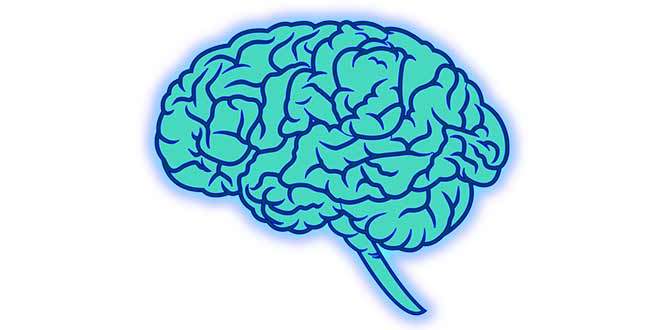 The brain is the center of the nervous system and house to more than one hundred billion neurons and glial cells which process and then transmit information throughout the entire human body. Found in all vertebrates and most of the invertebrate animals, it can easily be considered one of the body’s most essential parts, along with the heart. Physically, the brain is located in the head, close to important sensory organs such as the eyes, ears or nose. It constitutes, together with the spinal cord, the central nervous system. Neurons are its main component. Their primary function is to transmit electric impulses via specialized connections called synapses.

Psychologically, it controls the rest of the body either by triggering hormone activity or generating muscle movements. It is also responsible for the human being’s mental and emotional health.

The brain is a soft mass of nerve tissues protected by the skull. It is also known as the ‘encephalon’, term derived from the Greek ‘enkephalos’ which means “inside the head”. The brain is constituted of cells organized in parts and connected through neuronal networks.  It has three primary areas:

Of these, its primary constituents are the cerebrum, cerebellum and the brain stem which is connected to the spinal cord. The cerebrum consists of two hemispheres that control different parts of the body. The cerebellum is responsible for muscular coordination while the hypothalamus, located near the center of the brain regulates body temperature and the internal organs’ activities. The brain is protected by a liquid known as the cerebrospinal fluid and a solid membrane, the dura mater. It is linked to the spinal cord through which it sends information to various organs with the help of four types of nerve attached to it:

All parts are equally important with every single one being responsible for a certain process. However, some of them might perform the other one’s task as in the case of the cerebrum’s two hemispheres that duplicate each other’s function to a certain extent. The following are the brain’s primary constituents and some of their individual functions.

Regarded as the higher control center, the cerebrum is the brain’s central part. It is responsible for memory, thought, speech, action, emotional response and senses. The cerebrum is located in the superior part of the skull, above the eyes and is composed of the cerebral cortex and nerve fibers. It is divided into two hemispheres separated from each other by a fissure called the lateral sulcus. They remain connected through a bundle of nerve tissues called the corpus callosum. The hemispheres are not entirely symmetrical, although they can strongly imitate each other’s function; each half is responsible for the opposite part of the body, with the left hemisphere controlling the right side, and vice-versa.

The human brain has the largest cerebrum, aside from whales and dolphins.

The cerebral cortex is a soft outer layer made of folds which considerably increase its surface. It contains 90% of all nerve cells, and has four distinct regions, each with a different kind of mental activity:

Each lobe regulates the activity of different senses. As a result, it is unlikely for one’s function to be affected by another one’s damage. For example, if a person suffers a stroke and can no longer speak, he still understands what those around him speak, and can even communicate with them through writing.

The corpus callosum is a cluster of nerve tissues that contains nearly 200.000 axons(nerve fibers). They allow communication between the two brain hemispheres by carrying electrical impulses. It contains the highest percentage of white matter inside the brain as well as a considerable amount of myelin, a white fatty substance that protects the axons and facilitates the change of information between neurons.

The neocortex is the upper layer that covers the cerebral hemispheres, and is associated with neural activity and response, individual reasoning, thinking process and language. Considered to be a recently evolved brain part, it is mainly found in humans, primates and dolphins.

The thalamus is a small brain structure consisting of two egg-shaped parts, positioned between the cerebral cortex and midbrain. It connects the brain stem to the cerebral cortex through many nerve connections related to all senses, except the smell. It regulates alertness, wakefulness and sleep.

Located below the thalamus, it is associated with body temperature regulation and the activity of hormones through which the brain controls the inner organs. Physiological functions such as hunger, thirst, mood, sex drive or sleep depend on the hypothalamus. The role of important glands is strongly related to it, regardless of its small size. Its primary function is to regulate homeostasis, which is the body’s ability to adapt to external circumstances. The hypothalamus releases the following hormones:

It might also trigger certain emotions such as anger or fear.

They are the dorsal and ventral parts of the mesencephalon; both structures are responsible for the auditory and visual reflexes.

Known as the “little brain”, the cerebellum is related to the sense of balance. It is divided into two hemispheres, similarly to the cerebrum’s structure. The cerebellum is located in the top part of the brain stem, just above the spinal cord from which it receives sensory information in order to regulate body movement. Its small size is irrelevant when it comes to its real potential: nearly half of all brain neurons are found in the cerebellum. Movement, posture, coordination, balance and speech depend on its proper functioning. Cerebellar lesion might lead to a lack of coordination, balance problems or tremors.

The pons and medulla oblongata constitute, together with the midbrain, the brain stem.

Approximately 2.5 centimeters in length, the pond regulates the activity of many nerves related to facial expressions and sensations, respiration, swallowing, hearing, balance, taste and eye movement. A section of it was associated with the control of sleep patterns and sleep paralysis.

The medulla oblongata on the other hand controls the involuntary body functions such as vomiting or sneezing. It contains both white and gray matter. Numerous arteries such as the anterior spinal artery or the posterior inferior cerebellar one provide it with blood. The cardiac, vomiting, respiratory and vasomotor centers are found inside this cone-shaped mass.[2][3]

The brain is usually associated with the thinking process, memory, cognition, logic or concentration. However, the real mechanism of action of this highly-evolved structure might leave you amazed. Let us take the lateralization of brain function. As discussed before, there are two distinct cerebral halves separated by a median fissure.

Studies show that each human being evolves in his own manner and has his own unique lateralization. The left hemisphere is associated with action and strongly related to emotional impulses that can lead to risky behaviors or unwise decisions. The manner of speech and muscular movement seem to be more dominant in this case. The right hemisphere on the other hand is connected to logical thinking and visuospatial attention. According to a study published in 2013, left hemisphere regions tend to interact with the same hemisphere, while right-hemisphere constituents are likely to do so with both halves. Still, their functions remain largely related. For example, if a portion of it or the entire hemisphere is damaged, the other region develops connections with the affected area and can replace its role to a certain extent.

The left hemisphere is related to the right side of the body, while the right one regulates activity for the left side. Roughly 95% of people with left-hemisphere dominance are right-handed.

Language processing is another brain function that helps people interact and create bonds. Probably the most specific ability for the human being, language has hugely evolved and currently enjoys an increasing number of studies conducted by specialists from various domains of research. Two major brain parts, namely the Wernicke’s area and Broca’s area are responsible for speech perception and production.

The brain is an essential organ, and, like any other body part, it needs energy in order to function. In spite of not occupying much space, the brain requires no less than 20% of the metabolized energy, a value higher than that of any other organ. It also needs about 15% of the cardiac output and one-fifth of the oxygen absorbed in the lungs. Its primary fuel is either glucose or ketones(during low food intake).[4][5]

The brain is easily one of the most affected body parts, in spite of being so well protected by the skull and cerebrospinal fluid. Due to the fact that it regulates such a great number of activities, it is only normal for it to require more energy and oxygen than any other inner organ. Because of this, the most common brain-related medical conditions occur when the oxygen supply is suddenly interrupted. Drowning, stroke, suffocation and even birth injury might lead to the oxygenation process’ blockage. The brain is likely to suffer extreme damage in case this happens for more than six minutes. Direct damage to the brain or one induced by the harm done to other organs might cause serious problems, if not immediately spotted. Specialists are able to quickly diagnose a disorder based on how the body reacts in most cases. If, for example, the area responsible for speech is injured and the patient can no longer communicate, the doctor will first investigate the cerebrum as its frontal lobe is associated with this function. There are however situations in which an immediate diagnosis is impossible.

Although several layers of protection keep it safe against toxins and harmful bacteria, the brain is among the inner organs most prone to damage due to its weak endogenous antioxidant defense system. In 2015, about 700.000 people from the United States suffered from one particular brain tumor. Nearly 17.000 of them died months after receiving the diagnosis.  Moreover, one in ten American is likely to show signs of depression; the disorder’s highest rate of incidence occurs in people aged forty-five to sixty-four[9]