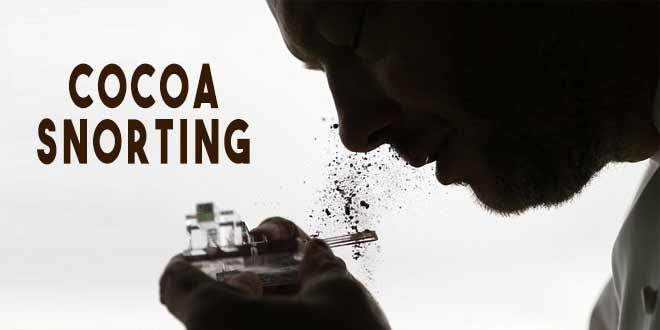 Chocolate as we know it

2. Maybe you didn’t know, but each pod has the size of a football. Each one of them contains around 50 cacao beans. From their experience, specialists explain that you need at least four cacao beans to make 28 grams of milk chocolate. If you want to make the same amount of dark chocolate, you will need 12 cacao seeds.

How it all started

Was chocolate used as a drug or as medicine in the past?

Chocolate was known from 600 B.C. In those times people from the Mesoamerican civilizations prepared beverages containing cocoa. Many writings, iconographic works, and pottery show that cocoa was a drink consumed by many. Hernan Cortes was the man who brought for the first time cocoa to the court of King Charles of Spain. He talked about chocolate as the “brown gold”. Even if this Spanish conquistador was familiar with cocoa and its benefits, we don’t know if Columbus knew about it or if he ever consumed a hot cocoa beverage.

Chocolate was used by the Mesoamerican civilizations as a food and medicine to treat different health conditions. Europeans received the idea of chocolate with a degree of suspiciousness at the beginning. The Christianity refused to accept this beverage at the start because chocolate had visible exciting effects on people who consumed it. It is hard to believe, but chocolate provoked many controversies in the medical, religious and cultural fields.

There are many legends talking about the cocoa beverages that Montezuma prepared before making love with his wives. In Mesoamerica, cocoa was consumed only as a beverage. It was a unique substance. Only highest government officials, priests, and military officers and great warriors had the right to use it. They believed that it is not safe for women and children to consume it.

M. De La Cruz, the Mexican teacher who wrote the Badianus Manuscript, worked many years for the College of Santa Cruz. In his manuscript, the author writes about the medical tradition of cocoa. His ancestors used cocoa as a natural remedy to treat different health conditions such as tartar-related dental problems, dyspepsia angina, hemorrhoids, constipation, indigestion, dysentery, fatigue, and gout.
Romans also used cocoa. The physician, Paolo Zacchia, treated his patients of hypochondria by prescribing them to drink cocoa beverages.

Later, a scientist named Stubbe observed that chocolate could be used with extremely positive effects as diuretic, expectorant, and aphrodisiac. He explained that in the Indies, chocolate was drunk by many people twice a day, under medical prescription. It was recommended for those who felt tired and exhausted and wanted to recover fast their lost energy.

In Florence, especially in the middle of the 19th century, people were consuming an analeptic chocolate. This chocolate was often mixed with cream, milk, and coffee to create a very tasty drink. Doctors used to recommend it for people who suffered from serious health issues or chronic lung conditions.

Antonio Lavedan studied the traditional medicine of the past and he said that chocolate was used as a general medicine. According to his writings, chocolate could stimulate the functioning of the heart, eliminate constipation, decrease flatulence, help digestion and improve appetite, increase potency in men, slow down white hair growth. In the past, people also believed that chocolate can prolong life.

At the beginning of the 20th century, doctors started to question cocoa health benefits because of the use of milk and sugar in producing chocolate. Even if milk chocolate is very nourishing, the use of milk and sugar determined people to create a negative perception of chocolate. Unfortunately, everybody talked for a while how high in calories the chocolate is. Even more, many health problems were associated with chocolate consumption such as dental problems or obesity.

Later, scientists focused their studies on the nutrients contained in the chocolate. These are healthy fats, carbohydrates, and phytonutrient flavonoids. They discovered that dark chocolate has great health benefits in preventing cardiovascular and gastrointestinal diseases. It could also help improving respiratory problems and mental health as well. It is a fact now that chocolate (low in sugar and no milk) has amazing anti-inflammatory and antioxidant properties.

It is an interesting fact that countries, where people consume more chocolate in a healthy way, produce more Nobel laureates. Chocolate can improve the brain functioning and it can enhance cognition as well.

We can say for sure that chocolate was not used as a drug in the past, but merely as an energy booster and stimulant. Chocolate is a nourishing food and medicine if it is consumed in recommended quantities.[2]

Chocolate powder as a party drug

Nowadays many clubbers and not only they understand to have fun at a party by snorting chocolate powder with the help of a unique device. This new and strange trend started when Belgian chocolatier Dominique Persoone came up with the concept and product called “chocolate shooter”. His company named Chocolate Line created and produced a machine that looks like a small catapult. It has two tiny spoons which can discard a specific amount of chocolate powder into the nostrils.

As you can imagine, this new trend has its fans. Many experts do not encourage this practice and they warn people that it can be dangerous. They also say that not any type of powder is suited for this practice and new hobby for some.

Dominique Persoone explains that the device can be easily used. All a person needs to do is to load the machine with a small amount of chocolate mix, then it should push, and the chocolate ends up in the nostrils.

Why so many people snort chocolate powder?

Those who didn’t try it yet, are wondering what can determine a person to snort chocolate powder when it is so enjoyable eating a chocolate bar.

Persoone explains the reason why so many people already snorted chocolate instead of eating it. He says that this is another way of tasting chocolate and it is a much more satisfying experience. When we taste something, our tongue can detect and enjoy a few flavors (such as salty, bitter, sweet, sour). But our nose has a much greater ability in detecting over 1 trillion different scents.

The way the chocolatier invented the “chocolate shooter” it is actually funny. It all started as a joke. He was creating a dessert with raspberry and chocolate for The Rolling Stones and he came up with the idea of serving them a dessert that can be snorted instead of being tasted.

Persoone and his crew tested the chocolate powder themselves. First, they tried pure chocolate, but they considered it wasn’t strong enough so they added some chili pepper. They laughed when they remembered how much that hurt.

After many tests, they produced a mix of ginger, dry mint, and chocolate. They decided to create a snorting device as well. And they did it with materials from a hardware store.

Not long after he invented this device, the chocolatier started having people ordering the machine from corners all over the world. In only ten years, he sold around 25.000 chocolate snorting devices to people.

Is it safe to sniff chocolate powder?

Even after all this time, some experts continue to say that snorting chocolate powder is risky and dangerous.

The specialist Dr. Jordan Josephson claims that the nose perceives the chocolate powder as a toxic substance and snorting is not a recommended practice, especially not for kids and teenagers.

This powder can create scars in the nostrils and it can damage the microscopic cilia and membranes of the nose. People can affect their organism as well when they snort different substances (such as chocolate, cocaine, smoke) through their noses. He is advising people to be careful and to avoid this practice. Sometimes young adults are using it as a method to socialize and to be accepted in a group.

Persoone says that he included a warning in the snorting machine’s box for people not to sniff a large quantity of chocolate powder and not to repeat the process in a short period of time. He also says that this device is not made for children use and adults should keep their snorting machines out of children’s reach.

Is the brain affected when a person snorts chocolate powder?

The chocolatier is explaining that when you consume chocolate, your body releases specific chemicals in the brain. These chemicals can create a feeling very much alike those experienced after an orgasm.
In the same time, as a response, Dr. Josephson says that there are no studies made to prove that snorting chocolate can influence your mood or brain chemistry.

Persoone said on several occasions that when you decide to snort the chocolate powder, you should choose only pure cocoa. If you ever thought about trying the powder you keep in the Nesquick box, you should think twice.

Another interesting fact about the snorting machine is that you can sniff other types of food as well. His colleagues used it to snort basil before they ate a salad made with tomatoes and mozzarella.

Dr. Josephson is advising people to eat basil, mint, chocolate and any other healthy foods, but not to snort them. He says that people can still enjoy the effects using the old-fashioned way.[3]

Can chocolate addiction get worse in people snorting chocolate powder?

According to specialists, our body produces a peptide called enkephalin. This peptide reduces pain and provides pleasure instead.

A scientist came up to the conclusion that when people consume more chocolate, the effects are similar to those of people consuming drugs. It seems like the same area of the brain is affected when overweight people see foods and when people addicted to drugs see drug scenes.
This is the part of the brain that can make people over-consume the substance they enjoy most.

These new studies show that people can be affected pathologically to over consume the things they like. This behavior is like rewarding yourself over and over again. And it is responsible for drug addiction, eating disorders and compulsive pursuits.

No studies were made so far to determine if people who sniff chocolate powder can get addicted to this habit and this substance. There are only speculations based on the fact that chocolate is a thing that is hard to be put down by so many people. The desire to feel that pleasurable sensation that a person gets after it snorts pure chocolate can push many people to over consume chocolate powder and it can also stimulate them to come back for more.[4]