Deer Velvet Antler | What Is It, How Does It Work and What are the Benefits? 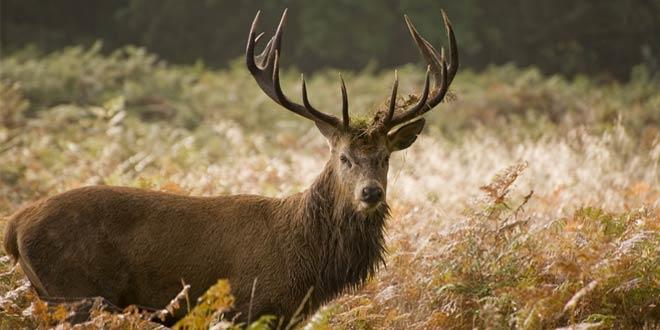 The use of deer velvet dates back almost 2000 years ago, as stated in a Chinese scroll written during the Han dynasty. According to it, the Chinese traditional doctors have used it as a medicine, acknowledging it numerous properties. Based on the information provided, deer velvet could:

For this, the velvet was integrated into formulas of pills and potions that were then offered to the patients as a means to support a healthy and active life. Later, the ingredient reached other Asian countries such as Korea, where people mainly used it as a treatment for a weak immune system, and even Japan, whose specialists have studied its chemical structure thoroughly. It is thanks to them that we now benefit from high-quality and detailed documents that can act as a foundation for new projects shortly. Russian researchers as well have conducted some studies, most of which point towards deer velvet’ actual effectiveness in treating numerous body ailments and improving one’s general condition on the long term.

At the present moment, the world’s biggest red velvet producers are Korea and New Zeeland, with the latter enjoying a prosperous industry made of no less than one million deer. Australia is another country which managed to turn what was until recent an actual environmental disaster into a great success. This was done by domesticating an increasing number of deer that were then used as a means to help the Australian agriculture flourish. As of 2016, more and more pharmaceutical companies that also produce dietary supplements have incorporated deer velvet in their products. Although there is not enough clinic evidence in regards to what the ingredient can do and if it can deliver on its promises, this does not stop people from making a fuss over it. That is why there are good chances that you will find at least one supplement containing deer velvet on a shelf at the local drug store. If it works as claimed by the ancient Chinese doctors or not, we have yet to find out. Still, one thing is for sure: people have grown tired of the traditional treatments full of chemicals and have decided to help their bodies through more natural ways of which deer velvet might be just one of the many.

What is Deer Velvet? Deer velvet is the soft epidermis covering the inner cartilage and growing bones that develop into the antlers of young deer males. Thanks to the fact that the antlers regenerate each year and the harvesting is harmless to the animal, a manufacturer can obtain the velvet for years in a row from the same animals. The velvet is collected with the help of veterinarians or farmers specialized in the domain. The removal process is entirely ethical for the animal that does not suffer in any way, due to the antlers being removed before they fully solidify. A deer loses the antlers naturally every year and grows them back again in the following one. One might think that the producers of supplements containing deer velvet might as well use these. However, it was discovered that the highest quantity of essential compounds in their structure is found during the early stages of growth. Moreover, the velvet covers them only for so long before becoming completely solid.

The main deer species used for harvesting are the Japanese deer and the European red deer, but caribou, elk, and moose are three other animals whose antlers are removed in this regard. The process takes place in farms and is conducted by certified farmers after fifty days since the antlers have started growing. For this, various methods such as freezing, drying, and heating are being employed, with some being more efficient than others.

What does Deer Velvet Contain?

While it being used by Chinese people for centuries in treatments for all kinds of illnesses might not be enough proof for most people, deer velvet’s chemical structure is sure to make one’s interest toward its grow. Biologists and chemists, in particular, have manifested their desire to conduct more studies on the antler’s composition, especially in the growing stage. What makes the deer even more valuable is their property to grow a new pair of antlers each year. This means their bodies release important doses of nutrients during this process. Taking a closer look at what exactly the antlers are made of, one will quickly notice how each of its compounds is commonly used in traditional drugs nowadays. Furthermore, their being combined in deer velvet’s structure makes them even more potent.

Deer velvet is 100% natural, with all of its constituents being naturally produced by the human body, therefore being unable to affect it negatively. All of them enjoy numerous studies and have been successfully integrated into supplements and other drugs for decades now. However, it is unsafe to assume that the quantity in which there are found in deer velvet’s composition is enough for the velvet to impact our health to such a large degree.[1]

The first pieces of information associated with the use of deer velvet and its effectiveness are thousands of years old. Even so, the first studies to be conducted on its structure are relatively new, with some of the most important ones beginning in the 1980’s. As of 2016, there are more research projects on deer velvet than on many other topics or health enhancers, something which says a lot about its real potency. Specialists from developed countries such as China, Japan, Korea or New Zeeland suggest that deer velvet can successfully be used in treating an entire array of body problems.

In general, people use supplements with deer velvet to:

Some other benefits include: In children, deer velvet is used either as a tonic for those who show signs of mental impairment or as a means to help them in the growth process in case the body does not develop in accordance with one’s age.

There is not much known in connection to possible side effects that might occur in patients of all ages. Based on clinic trials, deer velvet is safe to use for 12 consecutive weeks, but nothing is certain in the case of a more extensive use. The only individuals who should maintain a fair distance from it are women who suffer from hormone sensitive conditions; deer velvet resembles estrogen from various points of view which might lead to an aggravation of the patient’s medical condition.[2]

Deer antler velvet is currently one of the most sought after animal-based products by people who want to improve their health and reap the most benefits from this miracle of nature. Needless to say, the bond between people and animals has been a strong one from the very beginning. However, it was only when humans started discovering how to integrate the animals in their lives otherwise than using them for food or farming that the connection became even stronger. Such is the case with deer that man has yet to domesticate fully but did so to an enough extent that now millions of deer can be found in farms from all over the world. What should make one, even more, pleased with this aspect is that deer velvet, one of the main products obtained from deer, is currently integrated into various products that can satisfy any customer’s need?