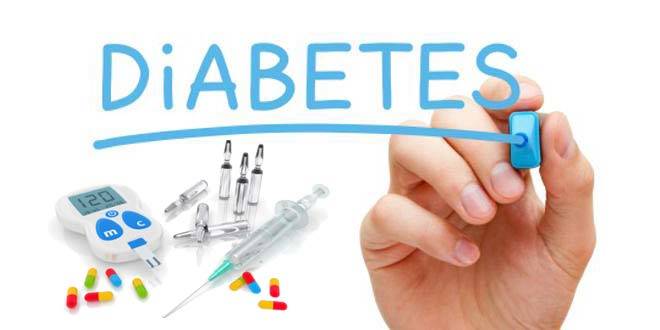 Diabetes, also known as the more scientific concept of diabetes mellitus, is a medical condition comprised of a group of metabolic diseases triggered by high glucose levels. This means there is more sugar in the blood than the body can handle. The pancreas, which is the insulin regulator, becomes unable to deliver sufficient doses as to balance the sugar traveling throughout our veins. As a result, the body becomes insensitive to the usual quantity, so the patient suffering from diabetes will have to resort to medical treatment for the rest of his life in order to manage the disease. If not handled in time, the illness can lead to kidney diseases, high blood pressure and even stroke. There is no cure for diabetes at the present moment, but only medication that can alleviate some of its symptoms. However, there are many factors which can help someone live with it and that are strongly dependent on one’s food choices, emotional status and environmental conditions.

According to the data provided by specialists in medicine and wellbeing:

Whereas diabetes is not as deadly as many other illnesses, it does have an adverse impact on one’s life in the long term if not diagnosed in time. Fortunately, it can be prevented and managed through eating healthy food and exercising on a regular basis.[1]

What are Glucose and Insulin?

Diabetes occurs when the pancreas no longer secretes enough insulin to decrease the glucose levels. If left untreated, it can cause various complications and affect other organs such as the heart or kidneys.

Hyperglycemia happens when the sugar in the blood is more than what the pancreas can manage through its insulin secretion. The concept is what people understand through diabetes. Hyperglycemia is not the disease itself, but more like a set of symptoms associated with it and that can be triggered by other factors such as:

Usually, the first sign of hyperglycemia is a need to drink more liquids than usual which leads to frequent urination. Of course, this does not necessarily mean one deals with diabetes, as it can be the symptom of any other illness. Even so, it is for the best to consult with a doctor that will conduct numerous tests as to establish the correct diagnosis. If not treated in time, it will be followed by ketoacidosis, a life-threatening medical condition characterized by breathing problems, nausea and vomiting.

On the other hand, one can experience hypoglycemia when the sugar levels are too low which means one feels less energetic. Some of the signs include headaches, irritability, heart issues, trembling and concentration problems. Hypoglycemia can happen in diabetes patients who take more insulin than needed or eat less and do not provide the body with enough sugar for it to properly function. In this situation, the person in question will have to eat something containing carbohydrates as to raise the sugar levels once more and avoid possible complications.

Diabetes is a complex disease with numerous symptoms that are distributed in accordance with their severity degree and mechanism of action. Thus, as in the case of any other major illness, diabetes is divided into categories, more precisely three, as follows:

There are several other types whose patients are lower in number but which are just as serious as the main ones:

As of late, experts have claimed that Alzheimer’s disease should bear the name of “Type III diabetes” due to the fact that it might occur as a result of insulin resistance by the brain.

There is no clear cause of diabetes at the present moment. Judging by the numerous types and the different manner in which a patient reacts to them, it is hard for researchers to name just one reason when in fact there are much more that when combined contribute to the disease’s appearance.

Other causes include genetic irregularities in the way through which insulin is produced and used, infection with viruses, pancreas diseases or drugs (more specifically steroid hormones).

In the case of Gestational diabetes one’s genetic predisposition, a family history of the disease or low insulin levels are the key factors which contribute to its development. In addition, the new mother is more likely to develop type II diabetes so she should not overlook her diet and perform any kind of physical exercise as soon as her physical condition allows her to.[2]