Early Signs of Lung Cancer You Need to Pay Attention 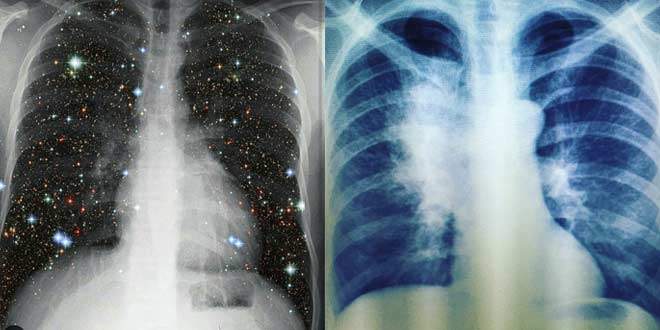 There are not many things that have made such a huge impact on the 21st century’s society like cancer has. An increasing number of people suffer from one of its types that are more than one hundred up to this date. Breast, lung and brain cancer are some of the most severe, with millions of people all over the world dying every year because of them. Fortunately, the science has evolved enough as to offer us new and stronger treatments. As a result, statistics shows that the life expectancy of many patients who have received a positive diagnosis is higher in 2016 in comparison to 2012. However, this does not change the fact that at the present moment cancer is one of the leading causes of death worldwide. Specialists expect that the number of cases will reach no less than twenty-two millions by the end of 2040.

Cancer, also known as a malignant tumor, represents a group of more than one hundred diseases that affect the organs on a cellular level. The damage is so severe that one single tumor can easily spread throughout the body in a matter of months. If not diagnosed in time, it can be fatal, regardless of one’s age. Cancer starts with a group of cells that register an abnormal growth. Normally, the body’s cell multiplication follows a cycle of development, division and death. However, new cells are continuously produced even when the old ones no longer die, which means the natural process is disturbed and can lead to tumor occurrence. A common term among cancer patients is that of “metastasis”. This happens when the sick cells travel down the bloodstream, reach a healthy organ, and then bind to it. The action causes in turn yet another tumor. Usually, at this stage, the disease is hardly treatable, and all a doctor can do is help the patient live for as long as possible after receiving a diagnosis. It is important to acknowledge one aspect: not all tumors are cancerous. Those called benign do not affect the tissues. Although larger in size, they rarely grow back after surgery.

There are little to no symptoms in the early stages. That is why many people find out they suffer from the disease only in the later stages when the chances of survival are drastically reduced.

Some of the factors that increase the risk of occurrence are tobacco, alcohol, environmental conditions and genetics. Whereas the first two can be avoided and the third is an issue easily solvable, the fourth represents a condition one must be aware of from an early age. Studies show that a person with a first-degree relative with the disease or a family history of cancer is more likely to develop it. Furthermore, smoking or frequently drinking as well as living and working in a polluted environment contribute to a high degree of the disease’s appearance.  One can enhance his life quality and avoid possible complications by staying as far from them as possible.

What is Lung Cancer?

Lung cancer is one of the most painful types of cancer with one patient in four suffering from it. Here, the malignant tumor develops inside the lungs, but can easily spread towards other organs. The rate of occurrence is equally distributed among men and women. It is the persons over the age of sixty-five who receive a positive diagnosis, with those under sixty registering lower risks.  The disease does not take into account if one is a smoker or a non-smoker, although tobacco is more associated with it than other factors. Exposure to its compounds can affect one as well.

As in the case of other types, lung cancer does not have visible signs from the very beginning. Also, if diagnosed at an early stage, it can be mistaken for other illness with similar symptoms. This is what makes it so dangerous in comparison to other diseases. Chest radiographs and CT scans are the methods doctors use the most often, but a biopsy is needed to reach a conclusion. The majority of cases are diagnosed only when the disease has reached a final stage. At this point there is little to be done, mainly because the cancer is inoperable but also because the patient is old so surgery can only lead to more complications.

There are two categories of lung cancer, namely small lung cell carcinoma and non-small-cell carcinoma. They have different mechanisms of action and affect the body in a distinct way, so they have specific treatments.

Some of the causes include exposure to tobacco or toxic substances like asbestos or uranium. However, the triggering factor remains smoking, with more than ninety percent of the cases being There is a set of symptoms which one might notice several weeks after the illness has become more serious. They can depend on the disease’s severity, affected area or a possible metastasis, as follows:

It is good to seek a doctor’s advice whenever one or more of these symptoms persist. The first tests include chest X-Ray films, CT scans, mediastinoscopy, which will be performed as soon as the specialist has the patient’s medical history. Afterward, more exams are to be conducted in various parts of the body to find out to which extent cancer has spread as well as its current stage. Although it is harder to cure, the small-cell carcinoma is rather responsive to chemotherapy and other treatments designed for patients suffering from it. In the situation when the illness is diagnosed faster, surgery might represent the right option, although it works best when combined with chemotherapy. Radiation is the most efficient way to impede the spread of malignant cells and kill the existing ones. SCLC is deadly for most patients, with the luckiest ones not living for more than five years after receiving a diagnosis.

There are other types of lung cancer such as carcinoid tumors, sarcomas or lymphomas. If the first place where the disease has started spreading is any other organ but the lungs, the medical condition receives that particular organ’s name. For example, if the altered cells first appeared in the liver lead to a metastasis that affects the lungs’ area, it will still be called “liver cancer”.

There are five stages a cancer patient can go through which differ in regards to their severity degree and the amount of time the person in question lives after being diagnosed:

It is vital to locate cancer before a metastasis. For this, it is nice to know that, like any other disease, lung cancer has some symptoms of its own as well. While they can easily be mistaken for those of other illnesses, going to a doctor as soon as you notice them can save your or one of your close one’s life. Take into account that there are both common signs and some that are more accurate to metastasis.

There are many theories surrounding the main cause of lung cancer. Some of them appear as the result of prolonged exposure to chemicals such as beryllium, coal, chloromethyl ethers or uranium. Others develop from inhalation of asbestos’ compounds. However, the main culprit is smoking which is the number one factor that leads to lung cancer and actively contributes to the tumor’s spreading towards other body areas. Smokers are not the only ones who suffer, but also those who come in contact with the smoke on a regular basis. Also, having a member of the family with a medical history of cancer can only increase the risk.[1][2][3] There are no clear symptoms that show if someone suffers from lung cancer. Even so, one’s age, life choices and smoking status have a significant impact on whether they are future cancer patients or not. Precisely because the signs are not easily associate with a disease of such severity, people might be inclined to believe they have anything else but cancer. This might explain why most of the cases are diagnosed only in the later stages and not in the earlier ones when a surgery might have had everything solved in a matter of hours.

However, some symptoms point towards lung cancer and which, if taken seriously, might be life-saving.

Some other symptoms connected to lung cancer are chest pain, a harsh voice, pneumonia, chronic bronchitis, changes in the structure and color of the mucus (also, the quantity can increase) or difficulty in swallowing. If the patient is in the third or fourth stage, there are additional signs such as fever, nausea, vomiting, problems with the digestive system, general fatigue that does not go away through rest, joint pain, short-term memory loss and issues in the process of logical thinking, eyelid dropping, weaker bones that seem unable to sustain the body, blood clots and swelling in the face or other body extremities like the hands and feet.

Most if not all of the symptoms listed above are not specific for any cancer, the lung one included. Many of us are not familiar to how the disease occurs and progresses. Thus, we can convince ourselves that all we have is a common cold that will go away with the help of some pills. Whereas this might be true, if the symptoms persist and even intensify, it is better not to take any risks and see what a doctor has to say in regards to our situation. In the meantime, quitting smoking should be the first step to take in the right direction. Cancer is one of those illnesses that, although not avoidable, can be prevented through some simple actions. Some of them are quitting smoking, maintaining a fair distance from people who smoke or staying as far as possible from toxic compounds (those who work in a domain that requires daily contact with them can benefit from protection measures such as masks). Small changes in one’s lifestyle like eating more fruits and vegetables, drinking more water or getting proper rest are sure to make a huge impact on the person in question’s health status.

Is there hope for lung cancer patients?

It is hard to keep an optimistic tone when talking about cancer. Not only the disease kills millions of people each year, but it also impacts the lives of those around them. Dealing with cancer is a long-term situation that none of us wishes to face, but unfortunately remains the reality of many. The majority of patients are diagnosed when it is too late for the doctor to be able to offer them a cure. Once they reach the third and fourth stages, the usual treatment involving surgery, chemotherapy and radiation no longer work as desired. For this reason, the one suffering requires palliative and terminal care. This way, even if the disease can no longer be cured, the life quality and expectancy can be improved.

Moreover, some of its symptoms like the joint or back pain can be alleviated. This process is equally important for the patient and his family. Firstly, because it provides relief from severe aching and can make him more responsive to medication which means he could live longer than in other cases. Secondly, because the mental state that plays a vital role can help him cope better with the illness and even accept it. Whereas death is entirely expectable in stage three and stage four patients, this does not mean they cannot learn how to enjoy the remaining time and take full advantage of it. The good thing about palliative care is that it can be offered either in a hospital, a special center or one’s home. Counseling is present in all cases, both for the patient and his relatives, because the emotional impact is strong enough as to affect everyone. Luckily, there are also support groups made of people with similar experiences, some of which were cancer survivors and others friends or family.