Can Gut Bacteria Increase Mood | The Power of Probiotics 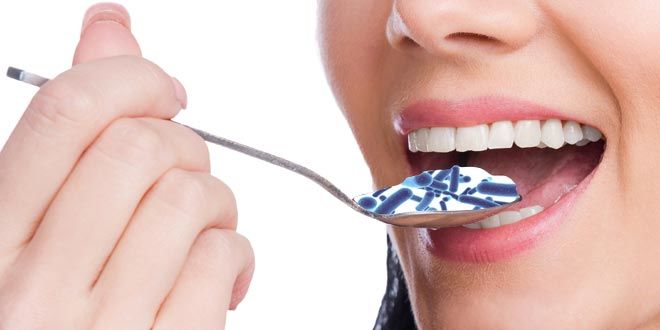 Can good bacteria found in yogurt chill us?

It is true that our entire wellbeing depends on the gut and on the intake of beneficial bacteria?

First and foremost, probiotics are said to be great when it comes to improving our mood, alleviating many immune system related issues, as well as helping in case of digestion. These are beneficial or ‘friendly’ type of bacteria which can aid in the establishment of a healthy dose of energy, a consolidated natural framework, and an overall good mood. Even though bacteria might carry around a negative connotation, it is imperative to state that these are extremely advantageous to the human body.

For instance, it should be noted that probiotics help maintain normal GI function and prevent many illnesses and diseases from installing in the body. Another important aspect worth noting is that, in spite of the fact that there is no evidence based study to attest the fact that probiotics can fully treat all symptoms of celiac disease, many patients take these (either sourced from kefir, cottage cheese, milk and other derivatives or formulas, granola bars and nutritional supplements) to alleviate some forms of diseases and thanks to their ability to promote gut health and a chilling sensation.

It should be stated that, despite being used for gluten sensitivity and celiac illnesses, there are plenty of cases in which nutritional supplements actually contain traces of gluten.

Our gut is filled with millions, if not billions of good and bad bacteria. If the balance between the two types is maintained, then the human body is capable of assimilating all vitamins, nutrients, minerals and so on. However, when bacteria is altered and threatened or completely destroyed by antibiotics, insufficient sleep, drugs or poor lifestyle, then they can be degraded enough to promote ill health.

It should be stated that by adding all sorts of strains of flora, the ‘friendly’ type of bacteria can repopulate the gut’s healthy bacteria. Therefore, the body will be revitalized, whilst the chronic or immunity related diseases can be eliminated.

What you need to know about probiotics

Thanks to plenty of media attention, probiotics have become pretty well-known. More and more of us have started to acknowledge the benefits of good bacteria which can cause colds, as well as other diseases. It should be stated that probiotics have the ability to treat many conditions, including potentially infectious diarrhea, skin conditions, eliminating the symptoms of common cold and other diseases, benefitting the digestive system, maintaining good oral health and so on. Oftentimes being found in Greek milk derivatives, but also being ingested in supplements and pill forms, these probiotics are the go-to sources of health.

A new study from the Leiden University in Netherlands claims that probiotics and Prozac in the yogurt aisle can chill us out. They are great in improving mood and represent an excellent alternative to fighting depression, eliminating stress and anxiety, making you feel excellent after a bad day. The researchers from the University’s Brain and Cognition Institute looked at 40 healthy adults who experienced mood swings or other disorders.

Half of these consumed a probiotic supplement in powder form for almost a month. The supplement was named Ecologic Barrier and included a total of eight types of bacteria, including Lactococcus and Bifidobacterium. The other half were administered a placebo, despite the fact that they thought they were given probiotics. Those who took these supplements began to see serious improvements in their overall health, particularly concerning their mood.

They reported a lowered level of stress and a decreased reactivity to sadness and depression than those individuals who took placebos. It would be essential to grasp the fact that those who were administered probiotic supplements were tested and results were extremely positive.

They actually performed simple tasks better, were able to overcome sad moods in a more efficient manner and had much fewer episodes of anxiety or sadness.

Despite being preliminary, these results actually provide the first evidence that the consumption of probiotics can significantly reduce the negative thoughts, the level of depression and feelings associated with sad mood, claimed Colzato Lorenza, the author of the study. Therefore, findings shed an interesting new light upon the plethora of advantages brought by probiotics. These serve as a serious helper in case of depression, mood swings, stress, peer pressure and sad mood.

Going on further, according to a study of about 3 years ago, which investigated the link between mental health and intestinal bacteria, the gastrointestinal tract actually influences behavioral disorders. Authors note the fact that there was sufficient interest in the link in the early 20th century, yet there has not been much research until in the last couple of years.[1]

It should be stated that one of the tests which carefully analyzed the link discovered that individuals who ingested probiotics experienced lower levels of anxiety and depression, having lower levels of cortisol, the stress hormone. More research will be needed in order to decide whether taking probiotic supplements can actually enhance mood on the long run as well.

There are many kinds of probiotics which can help us tremendously in chilling down and eliminating depression. Let’s look at a few of these:

In addition to treating all immunity related issues or putting an end to pain and discomfort, good types of bacteria are definitely our friends in what concerns chilling us out, offering us the chance to be happy and to enjoy a good balance.

These friendly or ‘good’ bacteria spend their days crawling in our body and destroying viruses, bad bacteria and all symptoms of immunity issues. In addition to all the above, the good type of bacteria balance the scales, lower pain, and discomfort and protect our natural framework, giving us also a boost of energy. They also micromanage calories and carbs and some research claims that they even help us lose weight. Talk about advantages!

There is a very strong connection between the gut and the cerebrum. For instance, it should be said that the link between the gut and the well-behaved bacteria is directly proportional and mutually beneficial. Given the fact that the gut is of a porous shape, acting as a sponge to absorb nutrients, vitamins, as well as minerals, it also becomes the target of outside threats. It is vulnerable to become invaded by bad bacteria, germs, and viruses.

Over a person’s lifetime, the GI tract can handle about 60 tons of food. And since food can bring plenty of nourishment, it can also carry enemies, like gluten, bad type of carbs, bad bacteria and so on. This is why nutritionists and dietitians like to call it the Trojan horse. You never know what to expect from it! For instance, the last damaging case was the spring of 2015, when contaminated vegetable sprouts made more than 5000 people extremely ill.

In cases like this, good bacteria are extremely needed, much like Superman. They are the tiny microorganisms which bounce back and forth in regularizing bowel movement, eliminating killer bugs and dangerous viruses, as well as protecting the mucosal coat.

Whenever you might need to get protected from all sorts of diseases, it would be advisable to go with good bacteria. Try including cottage cheese, kefir, milk, soy milk, tea or vegetables in your diet or taking probiotic filled supplements in order to eliminate all possible threats to your immune system.

Being able to eat gluten-free foods on a daily basis will provide us with higher levels of energy, an increased mood, as well as stress-free living. In conclusion, the good type of bacteria can help in restoring the body’s strength and vitality.

They are responsible for bringing a myriad of health benefits and fight off so many diseases, including depression, stress, anxiety and so on. They can sustain immunity and lead to enhanced protection against any sort of disease.

Furthermore, they can play a major act in helping us lose weight, acting as a true helper to absorb nutrients, vitamins, as well as minerals. Next time you feel down, miserable and fatigued, try including some probiotic filled items in your diet. You will surely find ‘good’ bacteria extremely beneficial!