Iron Rich Foods That are Not Meat 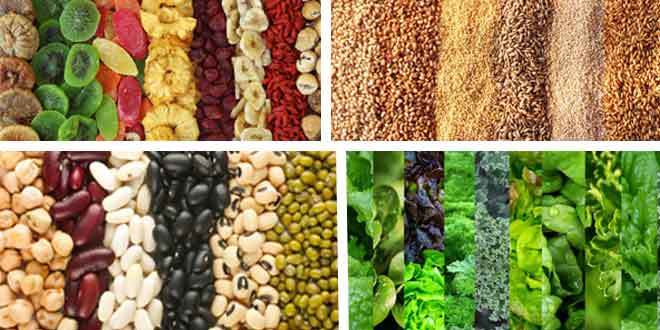 The Need for Iron

Iron is one of the most important minerals in our body playing an essential part in the oxygen transportation and can be found in any living organisms. In the human body it is present mainly in the blood (in the form of proteins – hemoglobin), muscles, tissues, bones and plasma. The quantity of iron found in the adult human body is around 4 grams, depending on the gender, age and height. The lack of this essential mineral causes anemia, commonly known as fatigue or weakness, a condition very common in women at childbearing age. Significant blood loss causes iron deficiency in our body (by menstruation, pregnancy or internal bleeding) and by insufficient iron absorption, as a consequence of a medical condition or a poor diet. The last one is the most common cause of the iron deficit and can be prevented by adopting a healthy and diversified diet.[1]

Although the iron absorption is more efficient from meat consumption, there are enough remaining options for vegans and vegetarians. Without getting into the ethical debate around the animal welfare and the morality of consuming meat, many believe that meat production and consumption are not sustainable. Plus, consumed excessively, meat can carry a serious health risk because of the high number of toxins, especially when produced at an industrial scale. In this perspective, people who want to avoid it or reduce it from their diet can easily find iron-rich alternative sources. There is an average of 1.9 milligrams of iron per 100 grams of meat, while the foods and vegetables listed below are much more abundant in this mineral.

If you are a salad fan then you will be more than willing to add a handful of fresh green leafs to your salad mix. Green spinach and baby spinach are mostly recommended because they contain more iron than you will find in the traditional lettuce salad. Apparently, Popeye the Sailor Man’s superpower food is not entirely a myth. A cup of fresh spinach contains one milligram of iron which is more than the iron amount contained in 85 grams of beef liver. A less known fact is that spinach also contains a substance called oxalic acid which interferes with the iron absorption. For this reason, it is better to eat cooked spinach or spinach salad as a side dish in combination with foods that enhance the iron absorption (fish, tomatoes, broccoli, potatoes etc.)

Pumpkin seeds represent another important source of iron, so you can just throw a handful of these delicious seeds on your salads or you can eat them as such – it is better to keep their nutrition qualities by consuming them raw.[2]

Dried fruits (especially raisins, dried apricots and peaches) contain important amounts of iron and can be a delicious snack to treat yourself between meals –  you just have to be careful not to eat them in excess as they also contain lots of sugar.[3]

Soybeans, lentils, chickpeas, kidney beans are a good option if you have reduced or gave up meat completely because they are not only rich in iron but also high in protein and other valuable nutrients. [4]

This iron-rich food of Asian origin is made of soy milk and has become mostly known and consumed in Western countries in the recent years. Also known as bean curd and also referred to as soy cheese or vegan cheese, it is highly appreciated by Chinese traditional medicine for its strengthening and detoxifying effects. It comes in different types and varieties: fresh (soft or firm) or processed (fermented, dried, fried or frozen) and can be cooked in many ways. It has a subtle flavor, which is ideal for emphasizing other foods’ taste. If you want to diversify and give an exotic touch to your meals, then tofu should become an essential ingredient to add to salads, side dishes or Asian style soups.

These two vegetables are an important part of the vegans’ diet as they contain not only significant amounts of iron but also Vitamin C which ensures a proper iron absorption. You would normally expect that vegans in particular are iron deficient but apparently their commonly eaten foods are smart and tasty combinations of foods that are rich both in iron and Vitamin C (e. g. beans and tomato sauce, pasta with broccoli and tofu etc.). Follow this simple rule of combining foods that contain these two and you will help your organism in increasing iron absorption.[5]

You need to make sure you have your essential nutrients since early in the day so you would better opt for a healthy breakfast, preferably containing iron-fortified grains. These can be found in cereals and oatmeal so does not forget to include these in your breakfast or brunch.

The lack of this essential mineral in the body is a very common health problem while having it in excess happens rarely and the most common cause is the overdose of iron supplements. In large amounts iron can affect the liver, can cause dehydration and nausea, shock, convulsions, coma and even death. It constitutes a significant risk especially for children. so if you are a parent, be careful that your kids  do not take multivitamins and supplements unsupervised. Iron intoxication, however, is rare and our body normally has its own mechanism of regulating and keeping at normal levels the intake of this mineral.