Meldonium (Mildronate) Guide | What Is It And What Does It Do? 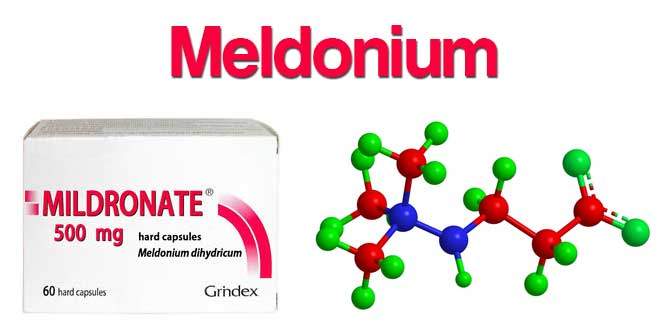 Meldonium, also known as Mildronate, came to public attention shortly after the Russian tennis player Maria Sharapova failed a drug test at the 2016 Australian Open, and tested positive for the substance, one banned by the World Anti-Doping Agency at the beginning of 2016. As a result, she was suspended from playing tennis for two years by the International Tennis Federation. Much was not known by regular people before the incident, as Meldonium is a limited market pharmaceutical and needs a medical prescription, being under no circumstances as common as other substances such as aspirin or paracetamol.

It is manufactured in Latvia by a Latvian pharmaceutical company named Grindeks, and on this date is on a list of banned drugs in the United States. Still, it is a medication approved and prescribed in some European countries such as Latvia, Russia, Belarus or Moldova, and even in some Asian countries like Kazakhstan and Uzbekistan. Given the fact that on this list there are plenty of European states, it is no wonder that many of the athletes who had problems because of it are Europeans.

Medical use of Meldonium

Meldonium is, first of all, an anti-ischemic drug, used to control myocardial ischemia, a medical condition which occurs when the blood flow is blocked, stopping thus the oxygen supply to the heart. The damage produced to the heart muscle happens gradually, and it manifests through reduced heartbeats that could lead to future heart attacks.

The diagnosis of this condition is a critical one, as it can prevent the heart attacks, one of the leading causes of death nowadays. The disease naturally occurs both in the young and the old, and the circumstances for developing it are not exactly related to the general health of the patient. In most of the cases, the myocardial ischemia is diagnosed only after the person in question has already had a heart attack, that is why regular consults coupled with the identification of health problems constitute an essential step for an early diagnosis. If diagnosed in time, the disease is treatable, and the patient has high chances of recovering without any physical or mental trauma.

The treatment for myocardial ischemia involves the use of medication able to open the blocked arteries and improve the blood flow as much as possible for the patient not to reach the stage of surgery.

Meldonium, by being a cardioprotective drug, can improve the blood flow by decreasing the concentration of cholesterol, of an amino acid called L-carnitine (responsible for the production of energy and used to maintain the health of the bodily processes), and reduce the size of atherosclerotic plaque that has accumulated inside the arteries.[1][2]

The treatment with Meldonium for this heart condition is considered to have an effect in unblocking the arteries because of its ability to offer the cardiac metabolism a type of energy produced as a result of glucose oxidation, a process considered to be healthier than the oxidation of fatty acids (that consume oxygen at a higher rate).

It can also stabilize the gasses inside the blood and lower the level of methemoglobin, an unusual form of hemoglobin, incapable of carrying oxygen. According to the company that created the drug, Meldoniun should be prescribed to the patient under the form of treatment for four to six weeks, although it was not shown that it could stop the adverse effects of the myocardial ischemia fully and only by itself.

Another condition that it is said by the specialist to be able to benefit from treatment with Meldonium is angina pectoris; that is one of the main symptoms of myocardial ischemia. Angina pectoris is the medical term to name the chest pain. That is why, when one experiences episodes of pain, pressure or the feeling of a squeezed heart in the center of the chest, it is recommended that one should go and see a doctor. While the discomfort might be at some point manageable and even bearable, it is a clear sign of a cardiovascular disease, and that is why it is for the best to prevent any future complications through a simple consult.

Another substance that helps relieve chest pain is Nitroglycerin that acts to a certain extent like that of Meldonium, as it functions by widening the blood vessels and release the pressure in the chest. There are factors that can lead to angina pectoris such as smoking, having diabetes, being part of a family with a record of heart diseases or being overweight.

Therefore, aside from taking medication, one can avoid heart problems by leading a healthy lifestyle with regular workout, and consume foods that are low in simple carbohydrates and fats. One can usually predict when the pain will manifest itself, so by taking a break from daily activities it is easier to deal with this condition. Still, in situations where neither the rest and healthy life choices nor the medication, be it with Meldonium, Nitroglycerin or any other drug, do not work anymore, the patient’s only option is the surgery.

Meldonium is believed to facilitate the expansion of the arteries so that the blood can circulate easier through them, leading thus to an increase of the oxygen flow inside the veins and a general good health.

Based on some studies conducted on animals, it was shown that Meldonium had the capacity to normalize the blood flow, reduce spasm and favor the healing of inner and outer wounds.

The drug has another area of manifestation except for the heart, and that is the brain, especially that of a patient addicted to alcohol. As soon as the individual stops supplying the digestive system with alcohol, more often than not, the body enters a state called Delirium tremens, a result of the alcohol withdrawal syndrome. The condition called Delirium tremens manifests itself through visual and auditory hallucinations, and can affect the patient’s perceptions as well as his or her mental well-being after the recovery.

It has been stated that Meldonium could help through its anticonvulsant and anti-hypnotic effects, that is, the drug is capable of producing an induced state of relaxation so that the patient could be able to recover without any mental trauma. The treatment with Meldonium affects the Alpha-2 adrenergic receptors found in the central and peripheral nervous systems. Their primary role is to inhibit the release of norepinephrine, also known as noradrenaline, a chemical substance in the human brain that acts as a neurotransmitter. The purpose of norepinephrine is to mobilize both the brain and the body to perform certain actions. Therefore, by directly stimulating the Alpha-2 adrenergic receptors, the drug can induce a state of muscle relaxation.

Even so, a safer treatment for the alcohol withdrawal syndrome remains the one with Benzodiazepines and barbiturates, two of the substances that are commonly used during an alcohol detox.

It is recommended that the addict should follow this kind of treatment with medication that has sedative, anticonvulsant and muscle-relaxing properties, instead of one with Meldonium, as many tests need to be run for the drug to be considered a reliable one when it comes to this condition.

Meldonium is also used in ophthalmology as a treatment for complications related to the eye, such as traumatic hemophthalmia or retina hemorrhage( bleeding of a sensitive tissue).

Why is Meldonium a banned substance

At the beginning of 2016, the World Anti-Doping Agency (WADA) put Meldonium on a list of banned substances, because of its use by athletes as a means to enhance their performance.

Meldonium’s mechanism of action is a rather clear one. It improves the blood flow by inhibiting the production of L-carnitine, a substance known for the role it has in fatty acids transportation to the mitochondria. The mitochondria is a particular structure of the human body, able to both produce energy and be stimulated by the production of energy as a way of multiplying itself. Unlike glucose, a monosaccharide used for an immediate release of energy, the fatty acids take longer to be broken down. Thus, by decreasing the levels of carnitine, Meldonium influences the process of metabolism, forcing the mitochondria to generate energy based on a consumption of glucose rather than fatty acids. This kind of production of energy is a faster one because it requires a lower amount of consumed oxygen. Therefore, by decreasing the oxygen consumption through which the body loses some more energy, the extra quantity can be directed towards other inner processes.

In sports, Meldonium is seen as a doping drug, used by male and female athletes for a better athletic performance, as it is thought to increase the body’s ability to work out for longer periods of time, and fasten the process of healing for certain wounds. By doing this, the substance allows the athletes to increase their physical endurance, making them capable of performing for larger amounts of time.

Still, many of the researches done in this regard were either made on animals or not with having enough information on its direct effect on the human body as to be considered safe.[3][4]

Meldonium is also on a list of banned drugs in the United States, especially because it is a substance without proper research on its effects. Moreover, it would have never become so popular in the mass-media if the Russian tennis player Maria Sharapova had not had problems because of it.

Part of the issue was influenced by the fact that Meldonium is forbidden in the States where she currently lives. Still, many countries in Europe, including Russia, her native country allows the drug’s sale. It was stated by its inventor, Ivan Kalvins, that while Meldonium should not be considered such an essential element for an athlete’s performance, the medication does have the ability to improve the oxygenation of blood, having, as a result, a better use of energy.

Sharapova said that she had no idea Meldonium was on such a list, as she followed a treatment that included the substance for almost ten years not for its main property, that of treating heart conditions, but because of her magnesium deficiency, irregular EKG and a family history of diabetes. Even so, the company that manufactures the drug stated that treatment with Meldonium should not last for more than four weeks, and in no way should it be used for several years in a row, as it was the case with Maria Sharapova.

Currently, Sharapova faces a two-year suspension from playing tennis. Other similar situations were reported not only in tennis but also in biathlon, wrestling, athletics, cycling, judo or football. Almost all of the involved athletes are European, and many of them represent Russia in sports competitions. The fact that it is not allowed in the United States does not constitute a problem regarding sales. Even with its present status, Grindeks, the company producing it, had sales that exceeded sixty million euros in 2013.

The official ban, as mentioned by the World Anti-Doping Agency members, is four years, but this applies only to athletes known to have tested positive after March 1st, 2016. Meldonium is a drug that became famous not because of its properties or intense marketing, as it is the case with many other medicines, but through a series of rather adverse events.

While it might be successfully used in treating certain heart diseases, there is yet to be published a decent research regarding it, as little is known of its benefits, let aside some possible side or even harmful ones.

With respect to present studies on this subject, there is not enough information as to convince one that treatment with Meldonium could be a good one, given the fact that many of the tests were made on rats and not humans. The negative reputation it gained after being banned is but a sign that, for the moment, one should distrust the substance.[5]