Natural Ways to Strengthen Your Immune System During Winter 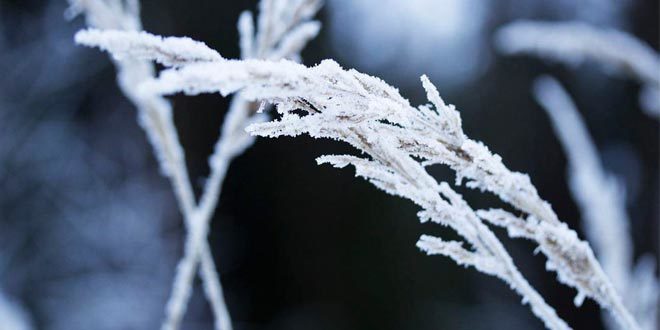 The immune system is one of the body’s most impressive result of evolution, a highly adaptive and complicated piece of biological machinery. After all, it has the crucial mission of making sure there are no outside disturbances to the vital processes inside.

Although evolution and civilization were supposed to take care of it, the winter conditions pose serious problems to our immune system. Even individuals that are otherwise in good health, experience challenges in this period, particularly with higher risks and incidence of infection.

In this article, we will explore the ABC’s of the immune system, impart along the way healthy lifestyle and dietary advice where relevant, and then discuss why winter puts such strains on the immune system and what can be done neutralize the pernicious effects of winter without resorting to (too much) medication.

Every time one talks about the immune system, one has to stress that, contrary to appearances, the Earth is not such a hospitable place for life, especially the evolved kind. As if atmospheric and geologic dangers were not enough, life is always in competition with itself. For sophisticated organisms, as humans are, the critical threat comes from other forms of life.

This is where the immune system comes in. Potential biological hazards, in the form of pathogens, need to be recognized and battled into submission by the intricate actions of the immune system. And, even though Immunology is a branch of medicine with quite a bit of history, these intricacies have not been explained in full. Let us take a brief look at what we do know, from a general perspective.

Every life form on the planet, even the simplest single-cell organism, has some defense mechanism against pathogens. Through evolution, more complex life forms have developed highly specialized courses of action. However, they still retain some primordial response to danger, known as the innate immune system.

The responses this system provides are immediate, generic, and non-specific, amounting to only a modicum of protection. Single cell organisms and almost all plants, fungi and insects possess only this rudimentary shield.

In evolved animals, mammals, in particular, the innate immune system is made up of those cells and biological processes which have the task of offering immediate protection. They are not particularly sophisticated and work side-by-side with the important natural barriers that are the first line of protection such as the skin or mucous covering exposed organs.

Some leukocytes (better known as white blood cells) variants are the cells whose collective activity is known as the innate immune response. White blood cells have a peculiar status, at least compared with other types of animal cells, because they are not highly specialized within a single organ, having an activity akin to unicellular organisms, thus moving somewhat freely and being able to “arrive early at the scene of the crime.”

Subtypes of leukocytes involved in the innate response include:

As complex organisms have specialized tissues and organs that perform one function or another, naturally there is a need for more sophisticated tactics against pathogens. This is where the adaptive immune system comes into play, benefiting from cells and processes that are very specific. The single most important feature of this part of the immune system is the immunological memory, recognizing pathogens which have been dealt with in the past, the biological pre-requisite of vaccines functioning.

The adaptive immune response is triggered by substances known generically as antigens, and through the lymphatic system, the specific white blood cells known as lymphocytes carry out the specific interventions.

The actual process of memorizing different pathogens and genetic mutations which permit this happening are beyond the scope of this article. What should be said is that optimal performance of the adaptive immune system depends on the clear recognition between the host cells and pathogen cells. This does not always happen, be it because of auto-immune disorders (which have not yet been completely understood), allergies, immunodeficiency (congenital or acquired), and, as is nature’s way, immunosenescence – the slow and progressive degradation of the immune functions due to age.

How Does Winter Affect Our Immunity?

Some people argue that the cold of winter is, actually, a blessing in disguise for the immune system as it means that there are fewer organisms carrying pathogens in our proximity, mainly insects, and therefore, a smaller chance of infection. While this is certainly true, the cold creates favorable conditions for other bugs, as the seasonal influenza epidemics some places almost always experience during winter, irrespective of vaccination rates.[1] There are several reasons why we are more prone to attack from bacteria and viruses in the winter time. The first natural response of the organism to cold is the reduction of blood supply to the extremities, in order to maintain the normal activity of the vital organs. This leads to there being fewer leukocytes available to counteract pathogens at the superficial levels. It has been speculated that this aspect is one of the reasons why common infections, such as those leading to flu and colds, have a much greater chance of evading the first line of immunological defense and, why their prevalence is in the winter time.[2]

Another explanation for this prevalence focuses on behavioral factors and the specifics of the viruses themselves. The flu and the common cold are caused by a broad class of viruses called rhinoviruses. They get their name because they enter the body and reproduce in the upper respiratory tract. As we have mentioned above, during cold weather, these viruses have a much better chance to become implanted in the outer reaches of the host. These types of pathogens cannot survive for extended periods of time in the open, without a host organism. Furthermore, the dryness associated with periods of extreme cold also diminish the immunological response in the mucous membrane of the respiratory system.

The behavioral factor means that during winter, people are inclined to spend much more time indoors, which inevitably means the exposure to infection from other individuals, simply due to proximity and poor ventilation.

The problem with flu and colds is that there is no actual cure for these infections through medication, all drugs do is counteract or alleviate the symptoms caused by the virus until the immune system can flush the virus out of the body. Obviously, there is the option of being vaccinated against a common influenza strain, especially for individuals with compromised immune responses.

The most common causes of diminished immunological response are immunosenescence (mentioned in the previous section) and chronic diseases, especially kidney disorders and diabetes.

As we have noted in the introductory part of this article, modern science is only beginning to understand the intricacies of the immune system, although the concerned parties may suggest otherwise. For example, a study published in 2015 argues that approximately a quarter of a person’s genetic material suffers significant seasonal mutations. The possible causes are partly adaptation to the environment, partly evolutionary development.

These mutations have an impact on the immune system. This is the current explanation for why diseases associated with chronic inflammation, like certain cardiovascular conditions or rheumatoid arthritis, have a penchant for worsening during winter. It seems that along with the first signs of winter, the mutations affecting immune cells lead to a strengthening of the pro-inflammatory status of the immune system, in order to further boost the fight against possible infections.

Thus, the strain placed on our immune system during winter can be considered an evolutionary protective mechanism. Studies performed on mice have unearthed evidence that certain genes are responsible for the actual diminishing of the inflammatory response during summer. After all, we might not be more prone to infection in winter, although our genetic make-up certainly thinks so, a remnant of past conditions.

In light of the information presented in the previous two sections, it comes as no surprise that there are two major “schools of thought” when it comes to boosting the immune system through lifestyle and dietary changes. Firstly, some specialists consider that, given the somewhat limited information we possess about the inner workings of the immune system coupled with the huge number of possible variables that can influence it, there is no realistic possibility that a few lifestyle changes would contribute to a significant boost in the immune function.

The bottom line of this perspective is that either you possess a fully functioning immune system or you do not, and there is not much one can do to improve it considerably. Nevertheless, there still are a few general pre-requisites for a healthy immune system:

Those who advocate this point of view argue that, even if it were possible to “boost” the immune function, it would be pernicious as a highly active immune system is specific to autoimmune diseases. It is important to state that this can safely be considered as the prevalent take on the matter of immune function, and by the look of how health institutions are organized it is easy to understand why. A society cannot treat a problem institutionally (even a health problem) on mere possibilities and conjectural information.[3]

A position that may be considered as outside the two major perspectives involves immunosenescence. Severe, chronic, life-threatening disorders which usually have onsets in middle age or older (cancer, cardiovascular disease as an effect of chronic inflammation) are chiefly the result of immunosenescence, the immune system gradually losing the strength it once possessed.

Obviously, the intricacies of the aging process are controversial matters and, while this may be a valid point in theory, how can one improve a reduced immune function resulting from healthy, “natural” aging? Modern, institutional medicine deals with each disease individually – favoring factors, symptoms, and aftermath.

A holistic approach may focus on restoring the powers of both the innate and adaptive immune systems through, by identifying environmental, dietary and lifestyle risks to the major components of the immune system.

It is needless to state that this perspective is highly controversial and far removed from the radar of recognized health professionals. There are even a few supplements aimed at those who share this point of view. While it is certainly possible to learn more about really improving one component or another of the immune system, modern science definitely is not there yet.[4]

The second major sanctioned point of view involves the belief that minor or major lifestyle choices impact the immune function, maybe not directly, but one can absolutely influence the pre-requisites of a fully functioning immune system. With the reality of winter in the background, here are some guidelines regarding behavior and good dietary practices: A special place has to be reserved for vitamin D, whose role in the immune response can never be overestimated, at least according to recent research. Systemic deficiency of vitamin D is associated with almost every immunodeficient condition and autoimmune disease. Highly specialized cells involved in the adaptive immune response – B cells and T cells – crucial to immunological memory, rely on synthesizing vitamin D metabolites to function. The primary source of vitamin D is sunlight, and that may be in short supply during winter, so one has to look for substitutes like dairy products, soy foods, fat fish, or whole grain cereal.[5]

Whichever of the two perspectives may appeal to your intellectual side, without a doubt these little behavioral and dietary habits we have listed here will have a positive impact on your life. Whether they will massively improve the number or effectiveness of your leukocytes is still a scientifical possibility, yet we do not believe any physician would object to their consistent application.