All You Need to Know about Zika Virus 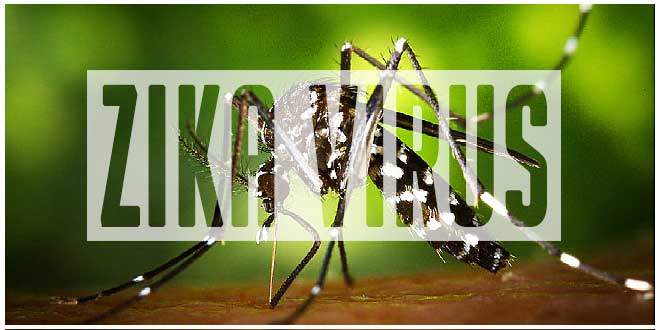 Origins of the Zika Virus: Where did it come from?

Zika virus got its name after the Zika Forest[1] in Uganda. This virus was discovered in 1947. Many cases of people infected with Zika virus were discovered in 1952. The areas affected by this virus are the Pacific Islands, Southeast Asia and tropical forests of Africa.

The virus can circulate in humans, mosquitoes, and animals. In 2007, a case of Zika virus appeared in areas where this virus was unknown before: in the Federated States of Micronesia (Yap Island). Besides his area, Zika virus was reported in 2013 in French Polynesia.

Even on the Easter Island (an island belonging to Chile) have been reported outbreaks of Zika virus. In 2015, Brazil was confirming the existence of cases of people infected with Zika virus. That is why in 2016, the World Health Organization made a declaration about the dangers of this virus. This is how Zika virus became a Public Health Emergency of International Concern.[2] It is interesting that a lot of people infected with this virus do not manifest any symptoms. When symptoms do appear, people are usually sick from two to seven days. The signs that you may be infected with Zika virus can include:

These symptoms are similar to those of chikungunya virus and dengue. They all are viruses spread in the same areas. It is necessary to make a lab test to determine the right diagnosis.

If you visited areas suspected to be infected with Zika virus, it is recommended to visit your doctor and to explain the symptoms you have and to give detailed information about the places you visited.

A simple urine or blood test can reveal if you are or not infected with Zika virus.

At this moment, no medicine or vaccine is available to cure Zika virus.

What you can do, is to take care of you by treating the symptoms:

If you know for sure you have been infected with Zika, make sure you avoid mosquito bites the next weeks by wearing long sleeve clothes, frequently applying insect repellent and using special screens or mosquito nets:

When a person gets infected with Zika virus, usually doesn’t go to a hospital as the symptoms are not visible enough. Sometimes, people don’t even know that they were infected with this virus. It is very uncommon for people to die of Zika. What is dangerous though is to get infected while pregnant. The infection can cause severe birth problems. Microcephaly and other brain damages in infants are very common when the mother is infected with Zika. Guillain-Barre is a disorder that appears because of the infection with Zika virus.

The World Health Organization made recommendations to prevent the spreading of Zika virus: close surveillance of Zika virus in the affected countries, strict measures for people who are traveling and for pregnant women.

How is Zika Transmitted?

Responsible for the transmission of this virus is the infected female Aedes mosquito, known as Aedes aegypti. Other species of Aedes mosquito might be able to spread the virus as well. After the infected mosquito bites a healthy person, in three to twelve days this person can manifest the first symptoms. People can be infected with Zika virus through mosquito bites, through unprotected sexual contact and can also be transmitted from mother to baby.

As we said before, no vaccine is available to cure or prevent Zika virus infection.

If you decide to travel in one of the regions at risk, you should seek travel health advice before departing from a hospital or specialized clinic.

How to Prevent Infection by Mosquito Bites?

Usually, Aedes aegypti mosquitoes live at altitudes of 2000 meters. If you know you are going to travel at these altitudes is safe to take the prevention measures against infection with Zika virus.

While you visit these areas, make sure the windows of the apartment where you are hosted have special mosquito screens and keep the air conditioner on if you plan to stay indoors during the day. It seems like a mosquito needs only a very small amount of water (the size of a bottle cap) to lay around 200 eggs. It is safe to avoid keeping any standing water in your room or apartment and keep all your dishes clean and wiped. Even if the water has dried out, the mosquito eggs can survive for months or a year inside of a vessel.

How to Prevent Infection by Sexual Transmission

Even if a small number of cases of sexual transmission of Zika virus has been discovered, it is still a possibility to get infected with Zika virus and you should be careful. In those cases, people were manifesting the Zika symptoms at the time they had the sexual contact. There is a case of a man who traveled in a Zika affected area who transmitted the virus without actually having himself the usual Zika symptoms. In most of the cases, men were those who infected their female partners. No cases of sexual transmission from female to their male partners were reported.

It seems like Zika virus can be present in semen, but they didn’t discover so far how long the virus persists. Even if the risk of being infected with Zika virus through sexual contact is low, a lot of cases are reported, and the number is growing.

What to do if Pregnant and Traveling in Areas Affected by Zika Virus?

If you are pregnant, and you are planning to travel in countries at risk, is essential to discuss your travel plans with your doctor to prevent the possibility of infection with Zika virus.

What to do if Planning to get Pregnant and Travelling in an Affected Area by Zika Virus?

Even if you are not pregnant yet, but you consider pregnancy, you should talk to your doctor if you plan to travel in a Zika affected country.

Important information about Zika and Pregnancy

What doctors know about Zika and pregnancy:

What doctors don’t know about Zika and pregnancy

Brazil has experienced a series of outbreaks of Zika virus since 2015. Recently, Brazilian government reported a large number of children born with microcephaly.

After this alarming number of cases of babies born with microcephaly, scientists across the world began studying the Zika virus during pregnancy and the severe effects on children. Many studies concluded that there is enough evidence that shows that Zika virus infection in pregnant women is causing microcephaly and other serious fetal brain damages in infants and has been associated with different other problems, including hearing loss, eye defects, and low immune system.

Other causes of microcephaly

Microcephaly can occur because of:

Recent articles have suggested that a pesticide called pyriproxyfen can cause microcephaly in infants. This pesticide has been approved by the World Health Organization. Pyriproxyfen has been used a lot in Brazil and other countries without health consequences in humans.

Besides microcephaly, other health issues have been detected among infants infected with Zika virus before birth, such as reduced hearing, eye defects, and impaired growth. Although Zika virus is a cause of microcephaly and other severe fetal brain defects in infants, there is more to study about the effects that this virus has on pregnant women and their babies.

Based on the cases known so far, doctors believe that Zika virus infection in a woman who is not pregnant will not grow the risk for microcephaly in future pregnancies after the blood of the woman is cleared of the Zika virus. From what scientists observed so far, it seems like after a person has been infected with Zika virus, this person is likely to be protected if another Zika infection occurs.[4][5][6]

It is shocking, but Zika virus can even paralyze adults.

Doctors say up to 80% of people infected with Zika virus don’t have any usual symptoms, while up to 20% of them manifest only a few symptoms, mostly mild ones like a rash, fever, and pain in the body.

However, this virus has also been associated with an autoimmune disorder called Guillain-Barre. This disorder can cause temporary paralysis. In some cases, Zika virus caused meningoencephalitis.

Nine countries announced the increasing number of Guillain-Barre cases in people infected with Zika virus. In Brazil, things are worse, because at every 100.000 people two individuals are affected by Guillain-Barre disorder. When the country experienced the Zika outbreak, they registered even 7 cases per 100.000 people.

It is important to learn all the necessary prevention measures when it comes to Zika virus because Guillain-Barre and meningoencephalitis are very severe brain complications.

The Impact of Zika Virus on the US

In the continental US, there have been no cases of infection with Zika virus. Doctors are worried that the virus might be already entered the country, and people are not aware of it.

That is why it is so important to pay attention to all unusual symptoms you might have that are similar to those of Zika virus.[7]

Is it safe to travel to Rio (Brazil)?

Brazil reported so far up to 1.000 cases of microcephaly. So, we can understand if you are wondering if you should or not attend the 2016 Summer Olympics and Paralympics in Rio de Janeiro. There will be 15.000 athletes from 200 countries, and the city will be occupied by more than 800,000 international visitors. Some of the athletes have talked about their worries, and a member of the US women’s soccer team said that she plans to have a family, and she doesn’t like to take any risks.

Probably the safest place you can be during the games is in front of your TV at home. But, if you do want to go there, make sure you take all the prevention measures against Zika virus infection.

What does the Government do to Prevent the Transmission of Zika Virus in the US?

It seems like Houston have a very sophisticated system that controls the population of mosquito. New York City, for example, controls a type of mosquito that spreads West Nile virus, but it has no prevention measures against the kind that spreads Zika virus. The city doesn’t have populations of Aedes aegypti mosquitoes, but it does have Aedes albopictus, which can also be responsible for spreading the disease. The city is investing 21 million dollars to control the population of mosquitoes and to research the cases of American travelers infected with Zika. North Carolina is in a delicate position because they eliminated in the last years the mosquito control programs and now, with the new risks of being infected with Zika virus, the officials have to start all over again.

The best thing you can do is to stay informed and to take all the necessary prevention measures against infection with Zika virus.[8]