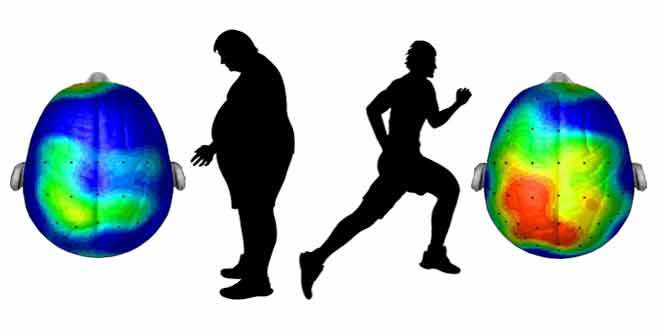 For decades’ medical experts have debated the connection between physical exercise and brain health. How physical activities are connected with brain development and health?

These and similar questions on the benefits of physical exercise for a healthy mind and sparked numerous research studies. Trial results were outstanding, proving without a doubt that physical activity plays a vital role in improving your brain health.

Needless to stress that exercise improves circulation and hence keeps the body healthy. According to research, deeper connections exist between these two aspects. The main association between cerebral and physical activity is the improved circulation of blood. A good circulation with exercise increases blood flow to the brain.

Walking, running, jogging, swimming or other exercises also help the mind to get rid of depression and negative thoughts. Therefore, often when we are sad engaging in physical will remove all our bad thoughts and help us solve problems more effectively.

According to other studies, physical exercise is highly beneficial for brain functions, and if you are looking for brainpower, you must include other activities besides mental and physical activity into the daily routine. Such persons engaged in physical activity have proved good memory skills, greater concentration capacity, better analytical skills and so on.

A good exercise for brain activation, both for young people and for older people: even when you’re waking up and about to get out of bed, move your fingers and stretch your toes. This is a very effective method for those who spend long hours working at the computer also. This simple exercise helps the brain to become more alert.

As you can see from the above, movement and brain have a strong bond whose benefits can be felt only if we start to introduce exercise into our daily routines. Regular exercise seems to better protect the brain from the danger of shrinking, an otherwise natural process associated with aging, which results in the emergence of memory and reasoning problems, according to a new study published by LiveScience.

Contrary to the appearances, activities that stimulate us mentally and socially, which were believed to keep the brain in the best shape possible, have no major effect against the process of shrinkage of the brain, but on the other hand, physical exercise will help your brain fight the side effects of aging.

If we want to maximize our capabilities to play chess, it is better to choose an opponent who is on the other side of the city and to walk or run to him. In this study, based on brain imaging, involving 600 volunteers in Scotland, aged between 70 and 73 years, researchers looked for hard data to confirm the relationship between physical exercise and brain health . The study identified a strong and direct correlation between increased physical activity and decreased intensity reduction rate of the brain. “People in their seventies who participated in the more physical exercise, including walking several times a week, had less brain shrinkage and other signs of aging in the brain than those who were less physically active,” said lead author Alan J. Gow of the University of Edinburgh in Scotland. “On the other hand, our study showed no real benefit to participating in mentally and socially stimulating activities on brain size, as seen on MRI scans, over the three-year time frame.”

To be definitive, we do of course need more large-scale trials examining the effects of physical activity interventions, to determine which factors determine what, Gow told LiveScience. “We are following up the same individuals [for] repeat lifestyle assessments and brain scans, which will allow us to examine the direction of the associations in more detail.”. “On the other hand, our study did not identify any benefit on halting the decrease brain activity that stimulates thinking’, as we have seen in the three years while conducting this study”, he added.

Both physical and mental activities have numerous other benefits – first preventing chronic diseases, and ultimately eliminating the states of depression and fatigue – so doctors urge us that regardless of age, if possible, to make sure that our daily program will abound in both types of activities.

Benefits of physical exercises for the brain

The best physical exercises for your brain

For the first time, scientists have compared the neurological impact of different types of exercises: running, weight exercises and high-intensity workouts. The surprising results suggest that high-intensity training it is not the most successful choice for your brain health.

Studies in animals and humans have revealed that physical activity generally increases brain capacity and reduce the number and size of age-related problems in the white and gray matter of the brain. Exercises, perhaps most significantly, increase neurogenesis in adults, which is the ability to create new nerve cells in a brain already mature.

Some studies that we presented in this article have shown that animals who carried out exercises on wheels or treadmills compared to the inactive ones showed a doubling or even tripling of the number of neurons that appear afterward in the hippocampus, a key area of the brain responsible for memory and learning. Scientists believe that exercise has a similar impact on human hippocampus. But so far, these studies, for obvious reasons, relied on running long distances.

The community shows a growing interest, thanks to the popularity growing programs of training, such as weight training and high intensity. So, for a new study, which was published recently in the Journal of Physiology, scientists from the University of Jyvaskyla in Finland and other organizations have collected a big set of adult male rats.

The scientists inoculated the rats with a chemical that marks new brain cells and after that, they were divided into separate groups, each with different workouts, plus a control group that remained inactive. Some of the animals were in cages with installed running wheels, allowing them to run freely. Most ran moderately, a few kilometers each day, though the mileage varied individually. Others have performed resistance training, which involved climbing a wall with small weights attached to their tails. And other rats were involved in high-intensity training equivalent for rodents.

For this study, the animals were placed on small treadmills involving intense sprint at a very fast pace for three minutes, then two minutes of leisurely motion, the whole cycle repeated 2 times, for a total of 15 minutes of exercise. This cycle was sustained for seven weeks before scientists examined microscopically the brain tissue of the hippocampus of each animal.

There were far less new neurons in the brains of rats that have done high-intensity exercises. They showed a greater number of new nerve cells than in the beginning, but much smaller than the distance runners. Rats involved in weight training, though, were much stronger at the end than at the beginning of the experiment but they did not show any visible increase in neurogenesis. Their hippocampus tissue was like that of the animals that were not trained at all.

Clearly, rats are not people but the repercussions of these findings are stimulating. They suggest that “continuous aerobic exercise may be more beneficial for people brain health, too, ” said Miriam Nokia, a researcher at the University of Jyvaskyla, who led the study.

But the fact is that running stimulates neurogenesis much stronger than other types of workouts. It is not clear why, though; Dr. Nokia and colleagues assume that running long distances stimulate the release of certain substances in the brain known as a neurotrophic factor, derived from the brain (brain-derived neurotrophic factor – BDNF) that are responsible for regulating the neurogenesis. The more kilometers animal runs, the more B.D.N.F. they produce.

In contrast, weight training, although extremely beneficial for muscle health, was shown to have little effect on the level of B.D.N.F. in the body, said Dr. Nokia, which could explain why in this study did not contribute to the increase of neurogenesis. High-intensity training is by intention much more stressful and exhausting than running, “stress tends to decrease neurogenesis in the adult hippocampus”,  she said.

However, these results do not mean that just running and temperate endurance exercises will strengthen the brain, said Dr. Nokia. These activities appear to stimulate the best the neurogenesis in the hippocampus.

But high-intensity workouts with weights could probably lead to other changes in other parts of the brain. For example, they can enable the formation of extra blood vessels and new networks between brain cells or of the various parts of the brain. So if you’re currently only training with weights and doing high-intensity exercises you should continue.

If you also try to go for the occasional run or bike ride it will only add some more benefits you will get from your exercise routine and will ensure that not only your body will stay young and fit but also your brain.