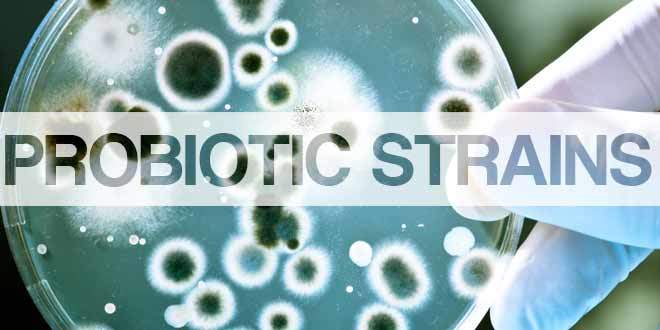 The general health of the human body depends, to a large extent, to the strength of one’s immune system as, influenced by factors such as stress, microbes, and food. It is only the immunity’s ability to protect the organism that allows the chemical processes inside the body to take place in a natural and comfortable manner.

Much of the beneficial bacteria able to fight viruses and other negative influences is located in the intestines. To maintain the stability of the intestinal flora, it is recommended not only to follow a well-balanced diet but also to provide the body with a type of microorganism called probiotics.

To magnify the effect of the good bacteria, probiotics multiply and attach themselves to the interior walls of the intestines to block a possible adverse outcome because of the influence of harmful bacteria.

A healthy intestinal flora is first of all the result of a healthy diet and a positive mindset, and can quickly help the process of digestion to happen without trouble and protect not only the intestines but all the internal organs through its capacity to battle against germs. When something disturbs the natural flow of things inside the intestines (various diseases such as anorexia, bulimia, cancer or the use of antibiotics), it is usually the probiotics the medication a doctor prescribes to fix the problem.

According to various researches conducted by medicine and biochemistry specialists, there are more than four hundred probiotic strains inside the human body, and they live in every organ, not just in the intestines, where their number is the largest.[1]

What is a probiotic strain?

The visual representation of this family of microorganisms is similar to that of a tree, where the term of “probiotic” is the trunk, the probiotic species are the strong branches, and the multitude of probiotic strains constitute the twigs.

The notion of “strain” refers to a sub-species of probiotics. The most important species are the Lactobacillus and Bifidobacterium. The Lactobacillus species is, at the same time, an anaerobic (does not resist in oxygen-rich environments) and a microaerophilic bacteria (can easily switch to survival to an oxygenated environment if needed), that is responsible for producing lactase, an enzyme capable of breaking down lactose (the sugar in milk). It is found predominately in the woman’s urogenital system, an area with a more acidic pH.

The Bifidobacterium is a bacteria that is mainly found in the intestines, therefore being more anaerobic than the Lactobacillus species, but it can be found as well in other regions of the body, such as the mouth and vagina. Therefore, it is responsible for the general health of the body, unlike the Lactobacillus bacteria, whose area of action is narrower.[2]

Probiotic strains of the Lactobacillus species

The most popular strain of probiotics is the Lactobacillus Acidophilus, and it has been proven through numerous studies that it is essential to the health of the body. It is a microaerophilic bacteria, that is, it can survive in both oxygen-free and oxygen-rich environments, and is responsible for the process in which lactose is turned into lactic acid. It is found in the woman’s urogenital system and thrives in acidic pH areas (it needs a pH with a value bellow five, on a scale from one to fourteen, where the value seven delimits the acidic from the alkaline environments).

It is also found in the small intestine, where it helps protect the good bacteria and the general health of the intestinal flora. Because it produces lactase, an enzyme able to break down lactose, it is recommended the consumption by people who are lactose-intolerant of yogurt that contains the Lactobacillus Acidophilus bacteria instead of regular milk. It regulates the process of digestion, helps alleviate occasional diarrhea and is vital to the wellbeing of the vagina. Taking supplements that contain this bacteria can prevent possible infections.

It increases nutrients absorption, reduces the symptoms of certain allergies and can fight diseases like ulcers, E. Coli or Salmonella.[3]

Lactobacillus Fermentum is a probiotic found in sourdough and kimchi, a fermented Korean side dish made of vegetables such as cabbage, cucumbers, and scallions. It has strong antioxidant properties because it produces an enzyme, glutathione, found in plants, animals, and some bacteria.

Glutathione is responsible for preventing the damage made by free radicals or heavy metals and is associated with the preservation of a good immune system in the elderly. It reduces the negative impact of diseases such as E. Coli and salmonella, lowers the cholesterol level, and is vital for the detox process.

Lactobacillus salivarius is, as the name suggests it, a bacteria found inside the mouth, but can also survive in the female’s urogenital system and thrives in the small intestine. It is quite unusual for a probiotic strain, given the fact that it survives in environments that seem hard for a bacteria to do so (acidic, some of them high in salt). It helps relieve gastrointestinal problems, the irritable bowel syndrome, lowers the cholesterol level and blood pressure, strengthens the immune system and can produce enzymes to fight against toxic bacteria. It functions the best when combined with prebiotic foods that contain substances able to eliminate the oxygen from the intestines, like beans, bananas or garlic.[4]

Lactobacillus reuteri is found in the intestines, oral cavity, and the human breast milk. Together with the Lactobacillus Acidophilus, it is one of the most researched probiotic strains, known for its ability to fight microbes, and helps lower the gas levels in breastfed babies, as well as maintain a good immune system in children because of its anti-inflammatory effects. It supports a good digestive system, is good for the mouth and increases the number of Treg cells, capable of adjusting the immune system in such a way that it can prevent autoimmune diseases.

Lactobacillus plantarum is a well-spread probiotic strain found in many foods like the Korean kimchi, pickles, brined olives, cheese, and is extremely versatile and resistant.It has antioxidant properties and lowers the gas production inside the intestines, fighting against the microbes that might harm them. It prevents and treats allergies when they occur, supports calcium production, can digest proteins rather quickly and boosts the hormone production. It has been discovered that the Lactobacillus plantarum strain can increase the number of brain-derived neurotrophic factor, a protein found in the brain that alleviates certain symptoms of depression.

Lactobacillus paracasei is a bacteria that colonizes the intestines, mainly the small intestine. Out of all the probiotic strains, this one can enhance the liver function, being extremely resistant to pancreatin, a mixture of enzymes able to treat conditions such as pancreatitis and cystic fibrosis. It maintains a good oral health and supports the immune system.

Lactobacillus rhamnosus is considered to be one of the most powerful bacteria when it comes to the health of a woman’s urogenital system, given the fact that it can treat a vaginal condition named bacterial vaginosis, one which occurs when the vaginal flora’s bacteria exceeds its usual number and favors the appearance of sexually transmitted infections such as HIV.

This probiotic strain can restore the balance inside the vagina through treatment with supplements and the consumption of foods that contain probiotics. It strives in hostile environments and supports the immune system of children and elderly.

Lactobacillus gasseri is a probiotic strain that helps the process of digestion and can speed up the rate of one’s metabolism. Thus, by introducing it into the diet, one can lose weight naturally, avoiding the risk of malnutrition by eliminating vital elements such as carbohydrates and fats.

It lowers the cholesterol level, helps with the discomfort produced by diarrhea, and alleviates the symptoms of asthma in young children by fighting against the microbes inside the lungs.[5]

Lactobacillus bulgaricus is used in the production of yogurt and cheese and naturally found in the intestines of mammals living in Bulgaria as well as artificially made in other countries. It can delay the process of aging through its antioxidant properties, lowers the cholesterol level and produces bacteriocins, a class of bacteria that kills toxic microbes.

Probiotic strains of the Bifidobacterium species

Bifidobacterium Bifidus, present in a large number inside the colon, is one of the most important probiotic strains for the human body. It is found in the human breast milk, and it first develops in the intestines of the new-born. It helps with the overall digestion, is part of the process in which carbohydrates and proteins are broken down as to produce energy, and reduces the chances of diarrhea, be it caused either by the use of antibiotics or traveling.

Bifidobacteriuminfantis is found in large quantities inside the intestines of the baby and helps break down lactic acid in human breast milk. That is one of the reasons why, as one grows older, the amount of Bifidobacterium infantis bacteria decreases because, without the consumption of breast milk, the bacteria deposits are reduced in time.

By providing the body with this probiotic, one can enjoy good health, a natural digestion process, and a healthy immune system. That is why it is recommended, if possible, that babies should be breastfed, so that the body could take the necessary amount of bacteria from one of its most reliable sources.

Bifidobacterium longum is a probiotic strain found in the large intestine of children and adults as well as the vagina and is beneficial as a treatment for various diseases such as high cholesterol, irritable bowel syndrome, and even colon cancer. It breaks down carbohydrates and is an excellent antioxidant as it fights the toxins and free radicals.[6]

Bifidobacterium lactis has multiple properties that include the support of a healthy intestinal flora and stomach, lowering the cholesterol level and fighting against respiratory allergies and infections. Apart from helping digest lactose, sugars, and fibers, the Bifidobacterium lactis is also a strong combatant of gliadin, a group of proteins found in wheat, responsible for the common gluten intolerance.

Except for the Lactobacillus and Bifidobacterium species, there are other types of probiotics such as yeast and bacilli.

Saccharomyces boulardi is a tropical species of yeast, a type of fungus, used in the treatment of diarrhea caused by the use of antibiotics or traveling abroad, irritable bowel syndrome, Crohn’s and Lime diseases.

It has antioxidant, antimicrobial and anti-inflammatory effects, alleviates the symptoms of lactose intolerance and lowers the cholesterol levels./div>

Streptococcus thermophilus is a lactic acid bacteria found in fermented milk products and is used in the production of yogurt alongside the Lactobacillus bulgaricus strain.

It prevents respiratory infections and ulcers, improves the lactose digestion and intestinal flora of non-breast-fed babies, and fights the Clostridium difficile bacteria, one which produces toxins responsible for diarrhea and inflammation.

Bacillus coagulans is a type of bacteria that is mainly used in veterinary medicine, as it has been shown that is beneficial if used in treating animals. It improves the absorption of nutrients and decreases the number of harmful bacteria. Still, as there is not enough information on how it could benefit the human body, as many tests were made on animals, it is for the best to avoid it unless a doctor recommends it.

The benefits of using probiotics, be it through supplements, milk-based products, fermented foods or even as a treatment for certain medical conditions cannot be argued, given the fact that, judging by the way science evolves, the probiotics might quickly become the central element in the twenty-first century’s medical system. Although there is yet to be found out their side effects and possibly negative ones, the use of probiotics in one’s diet is not only beneficial but also welcoming.

By having such a strong positive impact on one’s intestinal flora, a major factor in keeping a good health, the fact that the probiotics are present in one’s life ever since a mother breastfeeds her baby for the first time is a clear sign that nature is the best at offering one the support he or she needs to lead a healthy life.[7]