Probiotics Benefits and Side Effects: The Good, The Bad and The Ugly 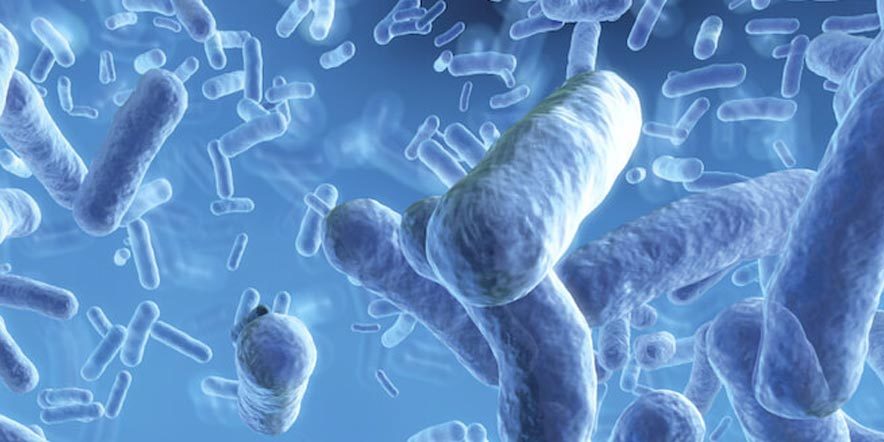 The World Health Organization has a definition for them which is “live microorganisms which, when administered in adequate amounts, confer a health benefit on the host”.[1] Probiotics are live bacteria (or microorganisms) that are found in certain foods like live-cultured yogurt or fermented vegetables which, when consumed, provide health benefits. They are also naturally found in the human body. The word Probiotic appears to be a mix between Latin pro (for) and Greek βιωτικός (biōtikos) which means “fit for life, lively”. There is a difference between probiotics and antibiotics. Probiotics stimulate the growth of healthy bacteria inside the stomach and help with digestion while antibiotics eliminate both good and bad microorganisms.

While different probiotics have different benefits, most of them can be paired in two groups:

If you want to take advantage of the health benefits of probiotics,  you can add certain probiotic foods to your diet. It is recommended that you buy the organic version of these foods since they contain a higher degree of probiotics. The most important foods are:

Yogurt – While there are many types of yogurt, with different flavors, the best to consume is the one made from goat’s milk. Cheese and goat’s milk have a high number of probiotics such as bulgaricus, thermophilus, and acidophilus. There are some forms of yogurt that have been infused with additional types of probiotics such as lactobacillus or acidophilus. However, since not all yogurt is made equally, it is recommended that you read the ingredients list before purchase.

Pickles – Pickles also contain a large number of probiotics. The best ones to eat are those that are home-made with the lacto-fermentation method. This method is traditional and it does not require the use of vinegar. All you need are some cucumbers, brine, some spices and time to allow it to ferment. After that, you can enjoy your home-made pickles.

Kefir –  This is a fermented dairy product that is a unique combination of fermented kefir grains and milk. It is good to consume the organic version because it is rich in probiotics such as Bifidus bacteria and lactobacilli. It is also rich in antioxidants. The term kefir means “feeling good,” and it originated in Russia and Turkey.

Coconut kefir – This product is rich in probiotics because it is a mix of kefir grains and the juice of young coconuts. Still, it is considered to be good for your health and it has a great flavor.

Miso soup –  This one is a traditional Japanese medicine and is mostly used in issues with digestion. Like the kefir, it is rich in probiotics such as Bifidus bacteria and lactobacilli. Miso soup is highly nutrient-dense and it is believed to have other benefits such as stopping the effects of carcinogens and neutralizing the effects of environmental pollution.

Sauerkraut – This is made from fermented cabbage and it is extremely rich not only in probiotics but also in vitamins A, B, C and E.

Kimchi – This a type of fermented cabbage that is very sour and spicy and it is typically served in Korea. While it is rich in probiotics, it is also an excellent source of vitamins A, B1, B2 and C, iron and calcium.

Microalgae – This food refers to ocean-based plants and it increases the amount of both Lactobacillus and Bifidobacterium found in the stomach and gives a surge of energy after consumption.

Tempeh – It is a fermented grain made from soybeans that are rich in probiotics and vitamin B12. It can be an ideal choice for those who are on a low sodium diet because when it is prepared correctly, it is very low in salt. Instead of meat or tofu, you can eat tempeh since it is considered a good substitute. It is a type of food that originated in Indonesia more than 2000 years ago.

Natto – It is a popular dish from Japan, where it originated 1000 years ago, and it is also made from fermented soybeans. This type of food enhances your immune system, improves digestion of vitamin K12 and supports cardiovascular health. It contains a powerful enzyme called nattokinase that helps in fighting cancer.

Kombucha tea – A form of fermented tea that has been used for centuries. Rich in probiotics, it is believed to have some additional benefits like enhancing your health, weight loss, liver detoxification and giving a surge of energy. However, this type of food is not suited for everyone, especially those who had issues with candida, so it is recommended that you ask your doctor before starting to consume this tea.

Kvass – This is a fermented beverage that can be found in Eastern Europe since ancient times. Traditionally it was made by fermenting barley or rye, but in more recent times it is being done by using beets and other root vegetables. This beverage has a mild sour flavor, and it is known for its liver and blood cleansing properties. 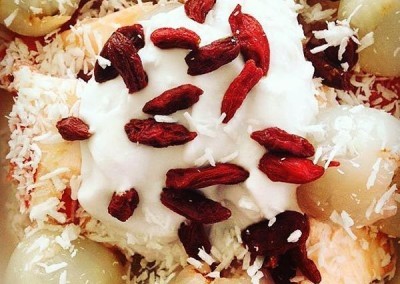 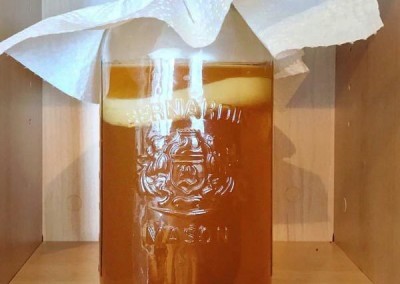 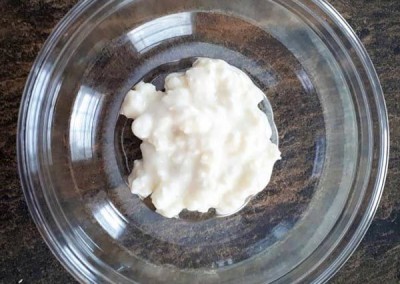 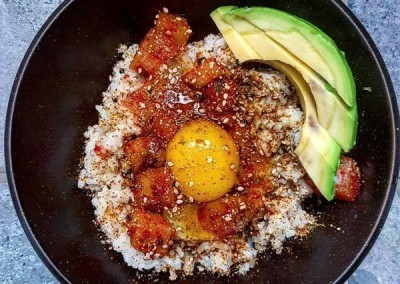 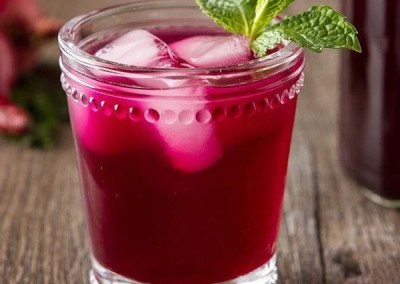 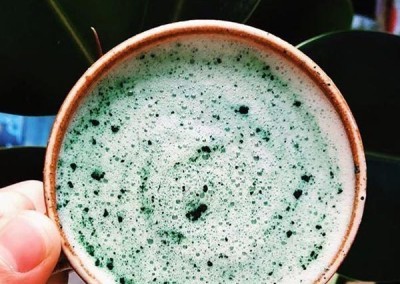 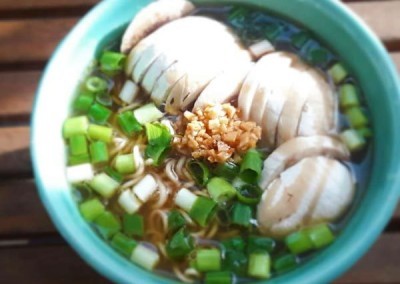 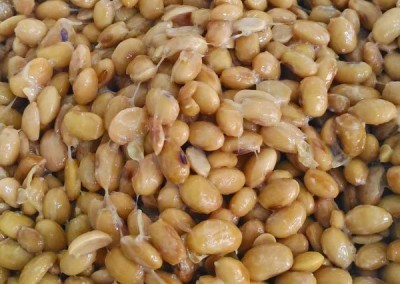 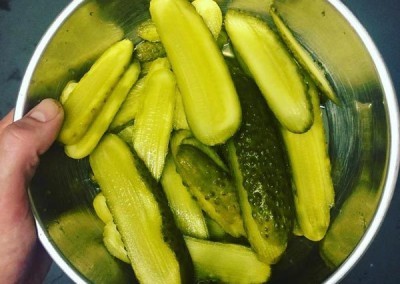 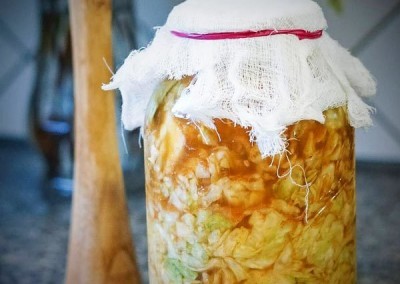 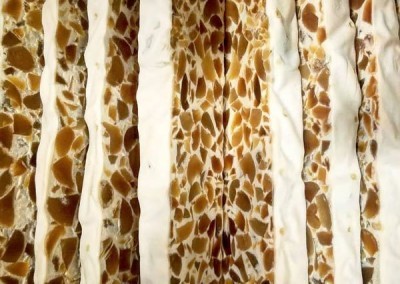 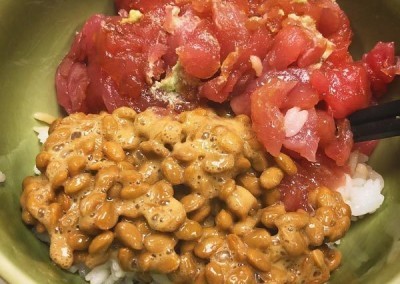 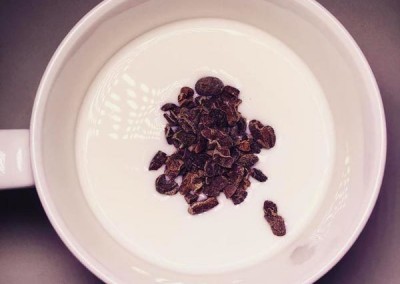 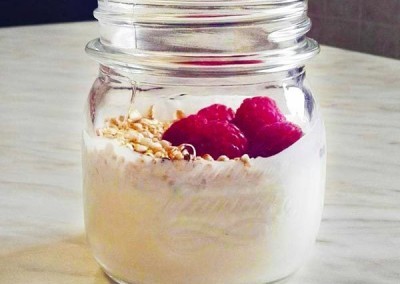 Probiotics help by moving food through our stomachs. Research is still being conducted in finding out which probiotics are best for particular health problems. So far, research has been carried out into issues like:

Eczema –  Tests were done on breastfeeding mothers where they were supplied with probiotics two months before giving birth and during the first two months of breastfeeding. The babies, with ages between 6, 12 and 24 months, showed a reduction in the risk of developing eczema.

Diarrhea – Studies[2] have shown that a combination of antibiotics and probiotics can reduce the chance to develop diarrhea, whether it is a case of traveler’s diarrhea or a side effect of antibiotics.

Antibiotic-associated diarrhea (AAD) – Antibiotics are commonly used to treat children’s diseases, and as a consequence, around 20% of them develop diarrhea. Several tests have shown that probiotic treatment might reduce the frequency and severity of AAD, improve stool consistency during antibiotic treatment and, after vaccination, enhance the immune response. However, further tests are required because the potential efficacy of probiotic AAD prevention depends on the probiotic strains that are used and on the dosage.

Bacterial vaginosis – The vagina contains an environment that is delicately balanced between good and harmful bacteria. However, by becoming pregnant, taking antibiotics or birth control pills or having diabetes can interfere with that balance. While tests have been conducted in this area, the results have been mixed but it is agreed that having a diet that contains more probiotics can do some good.

Oral hygiene – There is a probiotic – Lactobacillus reuteri – that helps to keep your teeth healthy. It lessens the harmful effects of gingivitis and kills the bacteria that causes tooth decay.

Blood pressure – A study presented at an AHA scientific meeting showed that the same strain of probiotics – Lactobacillus Reuteri – lowered LDL levels in participants by nearly 12% more than the group taking a placebo. Also, the overall cholesterol was reduced by 9 percent. Researchers believe that since the liver uses cholesterol to create bile, the probiotics broke up the bile salts and decreased their reabsorption in the gut.

Lactose intolerance – Certain strains of probiotics may help people who are lactose intolerant. By ingesting these active strains, the people will be able to tolerate a higher level of lactose.

Necrotizing enterocolitis – Some studies suggest that there is a chance for probiotics to reduce the mortality for babies who are born before term and the risk of NEC.

Cholesterol – As stated above, a study showed proof that probiotics can help reduce the cholesterol level in the human body. However, more tests are still needed to have a better understanding of the role the probiotics play.

Allergies – So far, except eczema, probiotics proved ineffective in preventing allergies in children.

Vitamin and nutrients production – Tests have been made regarding probiotic treatment for disorders associated with vitamin deficiencies including those of vitamin B12 and vitamin K, as well as the production of nutrients that can be found in the human body such as magnesium, iron, copper, zinc, and phosphorus.

Helicobacter pylori – A study was published in September 2004 in the American Journal of Clinical Nutrition. In this study, 48 adult volunteers were infected with Helicobacter pylori and then were provided twice a day after a meal, for six weeks, with yogurt that contained two types of probiotics strains, Lactobacillus acidophilus, and Bifidobacterium lactis. 11 other adults were given a placebo based on milk. After eight weeks the volunteers took the C-urea breath test. The test showed that the volunteers who ate yogurt were healthy and the Helicobacter pylori had been efficiently suppressed.

Long story short, while many studies have already been made regarding probiotics, more research is needed to find out which strains of probiotics are useful for certain conditions. Also, not all probiotics are alike. For example, if a specific strain of Bifidobacterium helps with an illness, it doesn’t mean that another one or any of the Lactobacillus type will have the same effect.

So far, the studies and research associate the following benefits with the daily use of probiotics:

Side effects of probiotics

It is largely believed that probiotic foods and supplements are safe for most people, but sometimes there can be side effects,  especially to people with immune system problems, cardiac valve disease, and other severe health conditions. Some of these side effects can be mild like an upset stomach, gas, diarrhea or bloating. However, allergic reactions can also be triggered. Rarely, consumption of probiotics may cause fungemia, bacteremia, and septicemia, the last one is a potentially fatal disease, in children who are already critically ill or have a low immune system. This is why it is recommended that you ask your doctor which probiotics are best for you and at what dosage you should take them.

The Greeks and Romans recommended the use of cheese and fermented products. But the modern importance of probiotics is attributed to the Nobel recipient Élie Metchnikoff, who was working at the Pasteur Institute in Paris and who was impressed by the health and long life of Bulgarian peasants that consumed yogurt. He suggested in 1907 that “the dependence of the intestinal microbes on the food makes it possible to adopt measures to modify the flora in our bodies and to replace the harmful microbes by useful microbes”. He even introduced sour milk into his diet, that was fermented with the bacteria he called “Bulgarian Bacillus”.

Henry Tissier, also a Pasteur Institute member, first isolated Bifidobacteria from a baby that was breastfed. He realized that Bifidobacteria were common in the gut flora of babies that were breastfed and he noticed advantages in using Bifidobacteria to treat diarrhea in infants.

In 1917, during an outbreak of shigellosis, professor Alfred Nissle managed to isolate the Escherichia coli strain from a soldier who showed no symptoms of the disease.