Running: 2016 Health Benefits and Side Effects of Jogging 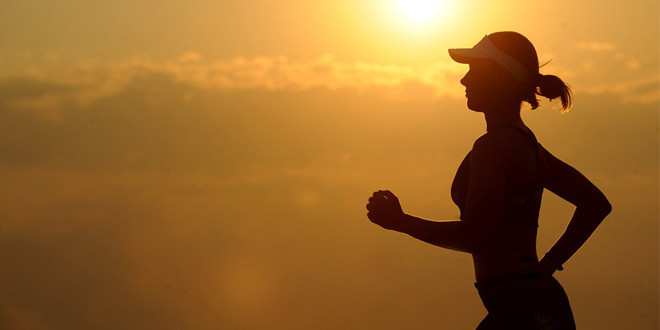 History tells us that man started running more than 4 or 6 million years ago, which was the time when we went from being quadrupedal to bipedal.

Of course, there is a big difference between the current running and the way human beings used to run millions of years ago. The difference is that nowadays people no longer run to save their lives or to get food as they used to.

So … the question might be why we run now? Why more and more people start running?

Perhaps running is a natural instinct that humans possess, but this sport evolved from a form of survival to a competition.

Throughout the United States of America history, there have been three booms in increasing runners and of them matched the 3 major national crisis.

The first boom was recorded on the year of the Great Depression, and the second one took place in the early 70s when the country was recovering from the Cold War.

Finally, the third came just after the attacks of 11/9, which is a day  that we all know as one lamentable episode of the recent history.

Those who usually run have a goal in mind such as following a diet or maybe just keeping fit. However, most runners do not have full awareness of the health benefits of running.

Have you ever wondered if you should run in the morning ? In addition to helping start the day in a more relaxed way, the fact of running early gives us a lot of benefits.

Be careful, though, running almost every day prevents the lower limb joints to recover properly, which is not a good thing.

Daily physical exercise improves the state of well being and helps you keep your silhouette in check so running is one of the best ways to keep fit and healthy at any age, improving also sleep quality.

Running or jogging offers numerous benefits for our bodies, improving cardiovascular health and maintaining a healthy and optimal body weight.

Many people believe that running is not for them. That’s because, as it happens in any field, one must evolve gradually. Running is learned in time, from how to move your muscles to the essential breathing techniques.

During jogging our bodies release hormones, such as dopamine or serotonin which help with your mood and overall better mental health. It has been scientifically proven that persons who jog regularly appear to be more optimistic, have more energy and enjoy life much more. Running also has a euphoric effect, relieving stress.

Running aids the body in producing more blood because more blood is required to carry oxygen in greater amounts when jogging. Cholesterol levels also drop and blood pressure balance is regained, as this happens, chances of getting a heart attack drop with about 45%.

More recently, this type of exercise is associated with scientists with a life expectancy greater than 3 years. Only 5, 10 minutes of running per day, in a moderate pace, helps in prolonging life-cycle. The benefits of this form of activity are reflected not only in longevity but also in the quality of life enjoyed by active people.

A recent study, conducted over a 15 years period, shows concrete evidence proving the fact that people who run regularly live on average three years longer than those who don’t.  The best news is that even a few minutes a day of moderate jogging are enough for getting this important benefit.

The study results revealed that the life expectancy of adults who did not jog at all or rarely proved to be 3 times shorter than that of active people. Running was also associated with lowering the risk of death from any cause by almost 30% and death due to heart diseases or stroke by 45%.

During exercise, a large number of capillaries are opened. These capillaries are responsible for tissue oxygenation and nutrition, thus protecting the body against diseases.

Studies have shown that people who run regularly show the risk of developing diabetes by up to 12% less than people who do not move.

Many specialists in the field have shown that running reduces respiratory diseases, the leading cause of asthma.  Also, it has a very important role in maintaining and improving the health of the lungs and bronchi.

In order to lose weight in a healthy way, you should not lose more than 1/5 – 1 kg per week, by running and using a proper food diet. To lose weight, you will need to consume fewer calories than your daily intake.

Losing one pound in a week means 7,000 calories burned, i.e. 1,000 calories per day.  If you rely only on exercise or diet, you will not get the expected results, at least not in the long term, so in order to lose weight, it is ideal to combine exercise with a decreased calorie intake.

According to recent studies, a person weighing about 72 kilograms burn 550 calories in 45 minutes of running. So, in order to get the deficit of 1000 calories mentioned above, one should lower his calories intake by 450 calories from his diet.

Tips for an accurate running session

Choosing the right workout clothes should be made in accordance with the weather conditions. The clothing materials should be soft, lightweight and provide good ventilation.

The most important accessories are the shoes you are wearing so footwear plays an important role. If they are of a high enough quality you can be sure you’ll be running safely. You should choose shoes specifically designed for running with soft soles, flexible which provide maximum comfort and protection.

Without a sufficient number of hours of sleep, running program can be undermined by fatigue. Also, lack of sleep lowers immunity and the body’s recovery time in case of a disease.

Any jogging session must be preceded by a brief but careful warm-up, which prepares the body for exercising.  It’s very important to do a few stretching exercises and walk for a few minutes before running.  Also, at the end of the exercise program, a few minutes of walking in an alert pace are required, and then a few exercises in order to relax the muscles. This help prevents muscle problems (stretching, muscle soreness, cramping). Trunk muscles play an important role in running, which is why it’s important to add in the pre-running program some exercises to strengthen them.

One should start with a few steps of brisk walking and then jog slowly and increase the pace until it reaches the desired speed, which must be adapted to the ability that the person has, in order to not run out of breath in the last part of the running program.  It is better to integrate short high-intensity sprints that will increase the number of calories burned.

If you keep your eyes fixed toward the fees it may leave you without oxygen.  Look ahead of yourself a few meters and enjoy the surroundings.

All the movements while running should be back and forth. Any other movement, including the rocking of the arms, will make the torso work even harder to restore balance and the legs may stumble upon each other.

Any time is preferable for any sporting activity but if you are at the beginning, it is advisable to jog in the morning, thus, the body being able to maintain a high tone throughout the day.  Due to the fact that nowadays we have a very busy schedule, many of us get to spend time jogging in the evening. We are tired, exhausted, thus forcing our bodies too much. From a scientific point of view, the morning is the worst time for jogging as the body needs to wake up and we force him to do physical efforts.

Studies have shown that in the morning, our bodies are more exposed to injuries, heart attacks or even strokes. The reason is obvious: if you look at your body as a complex machine, all the mechanism and wheels are slowed down during sleep. Experts believe that in the morning you have to gently wake up your body. If you really have to run, take it easy, do not overburden yourself and make sure you don’t forget your warm-up. If you regularly run in the morning, these risks will be diminished considerably, and as a bonus, you’ll sleep better.

Running in the afternoon is ideal because your body has the chance to warm up and stretch. The body temperature reaches its peak between 4 -5 pm.

Running in the evening is considered to be the most effective because it follows a holistic approach. There is no need to get stressed in order to do your running. Many athletes believe that late night exercise helps in reducing stress levels and also it is a good way to end the day on an optimistic note.

When is it better to eat? Before or after jogging? The answer is simple: When you begin running you shouldn’t feel hungry nor very full.

The best choice you can do is to eat maximum 2 hours before starting running, thus, your body has time to assimilate the ingested food. Try using food rich in carbohydrate with a low level of fat. Also, try using more fresh foods which are rich in nutrients and avoid processed foods as much as possible.

Running on an empty stomach for 30 minutes or less helps you burn more calories due to the lack of carbohydrates that the body tends to burn first. However, if you do your exercise more than 30 minutes, you may need a small snack with protein and carbohydrates. Before running it’s a good idea to hydrate yourself very well. Depending on the intensity of the training you should be drinking at least 500ml of water two hours before the training and another 200 ml right before the start of the run. Also, depending on the distance you plan to run, you should consider drinking water during the run.

Regarding nutrition, the first thing to do after a long run is to replenish your glycogen stores in the muscles. Ideally, you should be eating within an hour after you finished your run, load up on carbohydrates and protein. Eating is as important as running, so don’t neglect the nutrition part, no matter your level of performance.

Although running normally does much good for health, it is important not to exaggerate. Why are we saying this ? Because running in excess could have very negative effects on your health.

Side effects of running

According to experts, those who run a lot may have brain damage due to a catabolic stress of an ultramarathon. Although there is no long-term damage to the brain, it’s proved that it behaves differently for a few days.

According to the champion Scott Jurek it is almost normal to have small hallucinations if you run too much.

Running long distances every week not only burns calories but as experts say, running too much also reduces the number of sperm and seminal fluid mobility.

Running is a simple and accessible exercise that everyone should practice with almost immediate beneficial effects on the overall well-being.