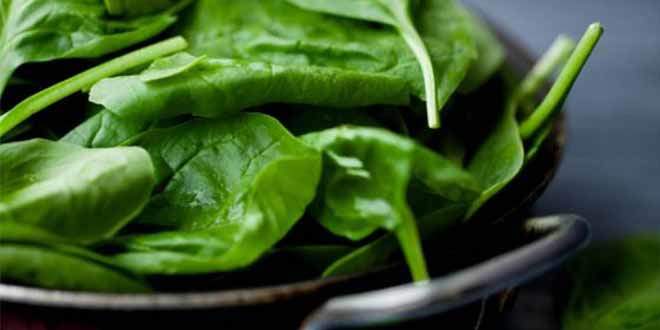 The prevailing stereotype offers the image of spinach as being one of the primary weapons in the dietary arsenal of housewives and, at the same time, a long-lasting bane for children, who are hard to convince that it should be an integral part of their regimen, despite their mothers’ best efforts.

In this article, we will take the side of the grown-ups in this perpetual conflict by providing a host of arguments regarding the advantages that the consumption of spinach can bring. We aim to supply extensive information on this most nutritious vegetable by comparing the nutritional data sheets of both raw and cooked spinach, a review of the scientifically proven and potential health benefits of spinach while also considering some tasty and hearty ways of serving the familiar green leaves. But first, let us get better acquainted with our featured vegetable aided by some fun facts.

The history of spinach, like most elements of sophisticated living, starts somewhere in Central Asia and the Far East sometime around the 7th century AD, when archeological (and also written accounts) evidence suggests the implementation of a new crop in Imperial China, courtesy of some of its northwestern neighbors. It is a relatively recent addition to the European landscape, as Moorish colonists introduced spinach to the Iberian Peninsula. Later, it was brought to the New World, although recent figures of spinach production worldwide imply that it has not really left its ancient home, with China being the unrivaled top producer, accounting for more than 90 percent or approximately 21 million metric tons in nominal terms. [1]

Probably the chief reason that could explain the popularity of spinach, at least in pre-scientific times when the nutritional aspect remained squarely in the realm of speculation or folk tale, is certainly the climatic factor. Spinach is quite a robust plant, capable of flourishing in harsh climates (it can survive a temperature of a few degrees below freezing) although it is highly sensitive to drought and acidic soil. These conditions imply that it is feasible to plant spinach early in the spring time and that it can also last well into late autumn, with humidity levels permitting.

The principal drawback of spinach cultures is the large number of pests that are prone to attacking the plant: fungi such as anthracnose (which emerges in very wet conditions) or blue mold (which arises in persistently cool weather), insects such as aphids and armyworms, viruses such as mosaic viruses or some viruses that are specific to plants like tomatoes or tobacco, and even arachnids such as the spinach crown mite.

The high number of pests is probably the reason why spinach on the list of vegetables with the highest proportion of pesticide residue in the end-product. The list is known as the Dirty Dozen and is compiled annually by the “Environmental Working Group”. This warrants a serious scrubbing before cooking or raw consumption, although the majority of harmful substances from pesticides are being assimilated in the composition of the plant during the growth process.

There are three variants of spinach commonly available: savoy, smooth-leaf and baby spinach. The latter is best for salads and raw consumption while the former two breeds are used for cooking. The key in selecting the spinach before purchase is looking for yellow spots and bruises on the leaves as those are signs of disease, overuse of pesticides or simply age. Be careful to wash the plants thoroughly before cooking, although if you plan on storing that is not advised. In fact, for the best possible preservation, spinach should be placed into a plastic bag (with the bag tightly wrapped around the leaves for the least possible amount of air) and placed in the refrigerator for no more than five days. Before we get to the matter of sheer numbers, generally speaking spinach is such a lauded vegetable because it contains a very low amount of cholesterol (in both its raw form and the boiled form with just a bit of salt added, the two types of serving we are analyzing in this nutritional facts sheet), saturated and trans fats (only traces, practically a negligible amount). Spinach’s unique properties are enhanced by it being a great source of niacin (also known as vitamin B3) which does wonders for your skin.[2][3]

Both raw and cooked spinach provide huge (proportionally) intakes of vitamins A, C, E and K, folate, vitamin B6, riboflavin, and thiamin. Furthermore, spinach presents a wide array of minerals, with iron being the associated with the vegetable commonly, but also impressive amounts of copper, manganese, magnesium, phosphorus and potassium. Aside from possible pernicious effects of excessive pesticides (which is basically out of the consumer’s control if organic vendors are not available) the only major downside of spinach consumption is the high quantity of sodium, it delivers, of about 80 mg per 100 grams of spinach.

The caloric makeup of spinach, the fact that its glycemic load is near non-existent along with the ratio of carbs and protein related to the amount of fat is more than 9:1 (even better in the case of cooked spinach) makes spinach ideal in diets concerned with weight loss, or in those that merely target maintaining a healthy weight. A sound piece of advice is to go easy on the salt when cooking spinach, as it already provides an intake of sodium that is more than enough.

For the raw figures, keep in mind that we are discussing a single serving of 100 grams of fresh spinach versus the same amount of boiled spinach that is then drained and salt added. The major piece of news in this respect is that generally, cooked spinach has more nutrients than the raw variant.

The general caloric information already starts to paint a picture in accordance with the wondrous stereotype we have mentioned at the beginning of this article: both raw and cooked, spinach is about 92% water; both variants provide an energy of 23 calories (less than 1 percent of the recommended intake for an adult in his/her prime) and from those 23 calories, carbohydrates represent 12.8 (13.6 cooked), 3.3 fat (2.2 cooked), and 7 calories are from protein (7.2 cooked). From a quantity of 100 grams, carbohydrates are 3.6 grams (3.7 cooked) of which 2.2 grams (2.4 cooked) are entirely dietary fiber or about 10% of the daily recommended value. In both cases, the amount of protein is 3 grams or 6% of daily value. The facts on fatty acids are quite ambivalent when we consider the two cases, with cooked spinach having less overall fats than raw spinach (0.3 grams vs. 0.4), however, raw spinach has the upper hand if we think about the healthy Omega-3 and Omega-6 acids (138 and 26 mg vs. 92 and 17 mg, respectively).

The statistics get even more interesting when we tackle the subject of vitamins, statistics which adequately explain the many potential health benefits of spinach. 100 grams of raw spinach provide the body with 188% of the daily value of vitamin A (or about 9400 IU, international units), with cooked spinach exhibiting an even more copious amount of 10500 IU; half the daily value of vitamin C (28.1 mg) for raw spinach, but that quantity is halved when cooked; both samples contain 10% of daily vitamin E intake (or about 2 mg); a whopping 600% of advised vitamin K input in both forms; about 10% where vitamin B6 is concerned (2 mg both raw and cooked). The nutritious cornucopia that is fresh spinach is evident if we take the case of folate – 100 grams of it brings half the daily recommended intake – though in the case of cooked spinach the amount diminishes significantly. The diagram concerning minerals is one that certainly dispels the Popeye myth (although Popeye used to get his spinach from the nutritional graveyard that is the can) because, where the subject of daily value is concerned, spinach is a more potent source of magnesium and manganese than it is a source of iron. To paint a fuller picture, 100 grams of raw spinach contributes with 45% of the daily recommended intake of manganese or 0.9 mg (47% when cooked), 20% of magnesium (22% cooked), 16% of potassium (13% when cooked), 15% of iron (20% when cooked), and 10% of calcium (14% when cooked). Spinach also contains selenium, phosphorus, copper and zinc in relevant amounts, with boiled spinach being on average more prolific in minerals.

The nutritional facts sheet in the previous section, being quite extensive and detailed, is an argument in itself as to why spinach has so many potential health benefits, however, a regular consumption of spinach is confirmed as an aid for:

Returning to the prevailing stereotype of the housewife trying to convince her offspring to eat spinach in the post-Popeye age, here are a few hints to incorporate spinach into meals: 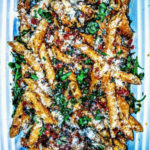 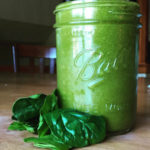 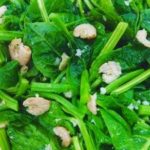 Eating both tasty and healthy dishes is not a life-changing process. It just requires a bit of discipline, a bit of passion and a whole lot of information. Spinach cannot be overlooked in this process. As we have seen, it is a vegetable which should need no introduction or recommendation, a trusted soldier in the everyday nutritional war modern humans fight against the increasing number of plights brought on by modern life.