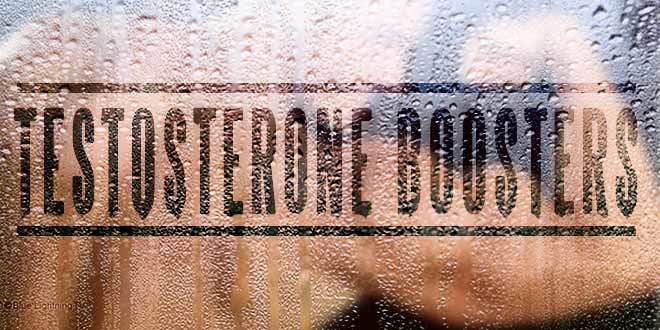 Testosterone is a hormone produced in the human body by the gonads. The adrenal glands produce testosterone in both sexes but in smaller quantities. Testosterone is the primary male hormone so it is naturally found more in men although the ovaries can release it also. When this happens, it is converted into estradiol, the strongest of the three estrogens in a woman’s body.  Testosterone is an androgen, which means it influences the growth of the male reproductive system. The hormone affects the development of a man’s internal and external reproductive organs. In adults, it stimulates sperm production and supports a healthy sexual life. It is efficient in sustaining healthy bones and muscles and signals the body to create new blood cells. Testosterone increases libido both in men and women and is responsible for many of the changes that occur once a boy reaches adolescence. During puberty, boys register an increase in height, body and pubic hair growth, enlargement of the sexual organs and various emotional shifts that may affect their sexual and aggressive behaviors. Testosterone production is related to the aging process. The hormone is produced in smaller quantities as one grows older. The process is entirely natural. The decline usually starts after the age of thirty and continues throughout life.[1]

The effects of testosterone in humans and other vertebrates occur in two main ways:

Following its synthesis, testosterone enters the blood stream to reach the target tissue cells in the male reproductive organs. Most of the testosterone binds to a plasma protein called “sex hormone binding globulin.” The remaining testosterone undergoes reduction and is converted into a more potent androgen, dihydrotestosterone, also known as DHT. Both testosterone and DHT bind to the androgen receptors but DHT has a greater ability than testosterone and the adrenal androgens. The binding occurs much easier in its case. The newly created receptors are fairly different from their components. They then move towards the cell, enter its nucleus and binds to certain nucleotide sequences of DNA. Hormone response elements, the process’ result, trigger the activity of genes responsible for producing the effects.

The androgen receptors are of utmost importance in the development of male reproductive tissues and organs. In the cases when DHT levels are lower than normal, the sexual organs may be affected ever since birth.

In males, the Leydig cells found in testes produce testosterone. The cells’ activity is strongly related to the luteinizing hormone and follicle-stimulating hormone of the pituitary gland. They both influence the quality of testosterone. At the same time, the hormones depend on another one, namely the gonadotropin-releasing hormone found in the hypothalamus. Whenever the testosterone levels are low, the hypothalamus releases GnRH which in turn causes the production of pituitary gland hormones. The last ones stimulate the Leydig cells and eventually bring the amount of testosterone back to normal. High testosterone levels are linked to good health in men. It ‘s hard to spot potential problems in regards to excessive hormone production in adult men as they are unlikely to occur in this group. Issues may be visible in boys who prematurely enter puberty. A significant testosterone amount in females, on the other hand, may point towards the polycystic ovary syndrome. The medical condition characterized by facial and excessive body hair or a deepening voice can lead to emotional distress.

Testosterone is of equal importance as all the other hormones found in the human body. It is first produced by the fetus at around seven weeks after conception. Later on, it influences the growth and development of a boy’s reproductive organs during puberty, turning him into a man. Testosterone levels reach a peak around twenty years of age and enter decline after the man turns forty. Aside from its primary role, that of improving the libido and supporting a good sexual health, testosterone benefits the body in many other ways.[2]

Testosterone is beneficial also for healthy bones. The hormone interacts with bone marrow compounds than enhance the red blood cell production. Men with a testosterone deficiency have an overall frail aspect and are more prone to bone fractures or injuries. Testosterone is the primary anabolic steroid, responsible for muscle mass and bone density. Aging leads to a decrease in the quantity of testosterone which may cause osteoporosis.

Specialists state that a male’s testosterone levels register a slight decline after the age of thirty and decrease by one or two percent per year after the age of forty. The process is healthy and follows a mechanism of action similar to those of other hormones found in the human body. The media refers to it as the “male menopause.” Lower testosterone levels can lead to erectile dysfunctions, an increase in body weight, low libido, osteoporosis and even memory loss or insomnia. Studies were conducted in regards to possible benefits of hormone replacement therapy.[5] The United States Food and Drug Administration experts affirm that the hormone’s normal range varies between 300-1000 ng/dL. Men who register lowered levels may consider a testosterone replacement therapy. Testosterone deficiency is not desired in the case of fetuses and boys undergoing puberty as it affects the reproductive organ development and leads to various disorders. It is not safe for the individual to assume he has low testosterone levels unless he consults a physician. Following a consult and several blood tests, the doctor will establish whether the patient suffers from testosterone deficiency. The tests are usually conducted in the morning when the quantity is the highest.

The following are some of the causes that lead to a decrease in testosterone levels, regardless of age:

When facing a testosterone deficiency, a man can notice a decrease in libido or erectile dysfunctions. The physical changes affect the individual’s perception of himself also.[6]

Specialists advise people who may experience one or more of the symptoms related to low testosterone levels to consult with a physician. There are cases when the blood tests point towards other medical conditions that are not influenced by the amount of testosterone. The doctor will most likely perform various tests throughout the day as to obtain valid results. If the levels are below the normal range, the doctor will prescribe medical treatments containing testosterone products. It is for the best that the patient remains under medical surveillance during the treatment. Even so, before choosing to follow this method, one can opt for more natural ways to enhance testosterone production.