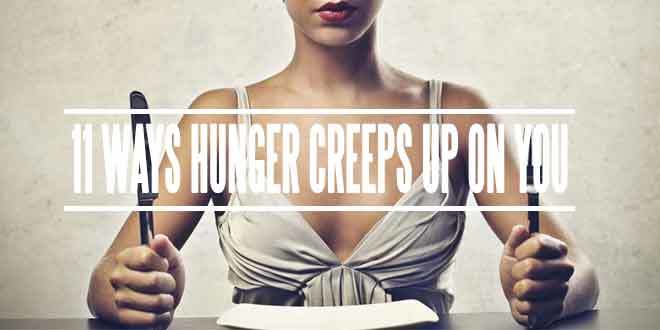 As we all know by now, hunger is usually the body’s natural response to a nutrient deficiency occurring within the organism (salt, water, vitamins, fat, etc.), one which needs to be met with an appropriate caloric boost in the form of food. On the other hand, hectic lifestyle of the modern times, stress, boredom, and artificial flavorings – to name just a few ‘culprits’ – have somehow rewired our brains into believing we have to ingest more than we actually need to. The result of this increasingly widespread tendency is weight gaining, obesity, and all-around unhealthy eating habits. So what can we do? Well, the first logical step towards fixing this issue is knowing its most common triggers, so that we can then work towards better managing them over time. Consequently, here are the top 11 ways hunger creeps up on you on a day-to-day basis: