Turn The Mind – Nootropics for The Mental Edge 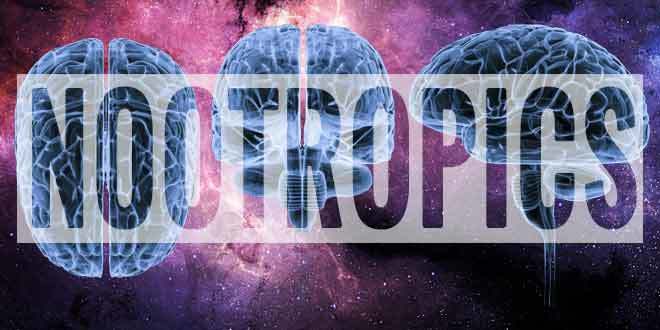 Nootropics for Unlocking the Brain

Every day we look for ways to enhance our lives. We implant many different techniques and substances to enrich our bodies and our minds with foods, exercise, and supplements. As people, we are always driven to improve.

Nature, chemistry and curiosity keep the medical marvels coming and our way of life improving. Exercise and vitamins keep our body strong and agile, but what about our brain?

This question has been asked and answered hundreds of times but we are going to cover one of the most important parts of the brain function, cognition.

Both of these diseases have been debated for years by many neuroscientists and doctors. Typically, the line gets blurred when it comes to smart drugs and nootropics when talking about these and other disorders. It is sometimes thought they are one in the same. This is not always the case.

Regardless of whether you have one of the diagnosis’s or not, you definitely want the best from your brain. We have done the research and found the best nootropic formulas for ADD, ADHD and cognition enhancement for you with and without a prescription.

In the treatment of Attention Deficit and Attention Deficit Hyperactivity Disorders, there are two common “go-to” medications with a proven track record of results in helping the patients who suffer from these handicaps.

The differences between the two are very slight and it is proven that if one isn’t working, the other one will.

The increased dopamine and norepinephrine are not absorbed and remain alive and well in the brain. Ritalin peaks more quickly than its sister, Adderall.

The sister to the drug Ritalin, is Adderall. The active, main ingredients are dextroamphetamine and amphetamines, which are stimulates as well so they systematically do the same thing as Ritalin.

The big chemical difference is the cell do in fact absorb the dopamine after production and the peak effectiveness of the medication is slower. Both medications are available in extended-release capsules.

Tips When Picking a Nootropic Alternative

The Healthy Brain On Nootropics

If you are like me and you don’t have ADD or ADHD but you want to increase your gray matter or focus better or even remember what you ate for breakfast, Nootropics are definitely for you.

There are other everyday items that you are currently taking that would fall into the classification of nootropics without even realizing it. An example would be B12 and vitamin D. I don’t mean the whole vitamin, just some functions of the vitamin would be considered Nootropic.

There is a vast amount of information on Nootropics but all you need to know is what to look for and to have patience. Rome wasn’t built in a day and rebuilding or enhancing the functionality of your brain wouldn’t be either.

As long as you know you can stack some the nootropics on the list I have provided and you know the desired outcome you want, you are ready for a better memory and better cohesion of thoughts.

We have talked about alternatives to the prescriptions and some of the variations of brain boosters, but now we are going to delve deeper into the comparison and contrast of the options available to you.

There are many options as you now know, but now we are going to introduce the most powerful, to the bottom of the barrel, the cognitive destroyers. The substances that give the user the initial feeling of enhanced cognitive function when in reality there is irreparable damage that is occurring and everything in between.

All of the version do some form of enhancement either on a temporary or permanent basis. There are many versions of brain boosters that “masquerade” as Nootropics and these are the versions that work temporarily giving the user a feeling of enhanced cognitive function and when the dose wears off so does the feeling and the increased function.

These are separated into classifications and they are:

Hypra-Nootropics are amped up Nootropics. They have virtually no side effects and have been used to help the users forget traumas and re-focus on the current situations in their lives.

Am barbital and Propranolol being the most widely sub-hallucination and increase cognition by activating glutamate which is MSG. While reducing stress, if it is not used in near perfect dosages, it can lead to hallucinations of cartoonists portions.

The Quasi-Nootropics do not cause any form of damage but they have no real long term benefit either. Essentially, there is a temporary boost in energy and stimulation which can mimic a sense of enhanced cognizance.

Most commonly it has been found in energy drinks, gums, certain types of soda and chocolate. There is a strain of this Quasi-Nootropic, methylhexanamine or DMAA, that elevates the stimulant feeling and adds an improvement in social ability.

DMAA has been banned recently but on the same list are certain B vitamins, Aniracetam, TMG, Omega-3, and Cathinone. They are a safe substitute for the cannabidiol in the DMAA because there is less toxicity and metabolites.

Falling into this category are the pharmaceuticals, of course, but surprisingly are other extreme drugs as well because of the additive properties they have.

Part of the Pseudo-Nootropic family is methamphetamine and amphetamines, even cocaine because of the temporary “high” feeling of cognition.

There is significant damage associated with these false Nootropics but probably the most dangerous, even above those I have already mentioned is Dimethylaminoethanol or Deathanol, ethyl alcohol.

DXM permanently alters brain function through dulling thoughts and sense of self-worth having the opposite effect of its intended use. The only drugs the amphetamine could be considered less dangerous than as far as damage to the brain might be heroin.

High anxiety is considered to be a major contributing factor to crippling cognitive function. Incorporating a relaxing agent to the user’s system with relieve the anxiety and release the user’s inhibition to open the door for comfort with social situations.

In some cases, this can be conducive for learning, in others in can be just enough to prevent medical conditions such as panic attacks that can be debilitating.

Stimulants are a crucial part of the cognitive rise in productivity. There is one caveat to using a drug as a stimulant, the crash that comes after it wears off.

The energy that rushes through you is almost instant and will motivate and enhance your productivity. There are inherent side effects one of course being the coming down off of the stimulant but there could be a sleep deprivation aspect and the use of more than is necessary due to a building tolerance to it.

Wakeful enhancers will keep you up and going without the harmful side effects of stimulants, even more so. There is minimal dependence and most are not habit forming.

They do not, however, give much of an elevation in energy but the best way to describe it is wakeful and thereby focus. Their effect is far subtle than their counterpart the stimulant but they do have considerable longevity.

A concern when taking Wakeful Enhancement is an increased sensitivity to histaminergic, airborne or your food allergies so be diligent when using these.

Mood Enhancers or mood lifters will elevate your mood which helps which focus and cognition as a side effect. They include ecstasinergics which keep you from having any side effects and ideal for your

The Concentration Enhancers are drugs that contribute in many aspects of enhancing cognition. Focus, concentration and mood are just a few of the areas that these enhancers contribute. They are the most well-rounded in this subcategory.

The most fascinating of the subcategories, the memory and problem-solving enhancers can increase your IQ level. With encouragement to more critical thinking, it increases creativity through psychedelics but at lower doses, it does increase problem-solving skills and memory.

Reviewing the information, I have laid out for you, you will notice that nootropics are almost everywhere. Truth be told, you actually ingest them in some way or the other almost daily, whether it be in food or a supplement or vitamin you were unaware of. I do recommend reviewing the information I have laid out before embarking on the Nootropic trend. Treatment for ADHD or ADD is treatable through Nootropics and so are many of the psychologic issues that plague humans today.

There are so many other Nootropics that have much other less identified and more ambiguous traits. Most of these have not had extensive testing nor do we know for certain what stacking these would do. There is an element that when left to itself it may not have any effect, but when put with another device, it becomes an extremely effective component for the strength of mind, body, and soul.